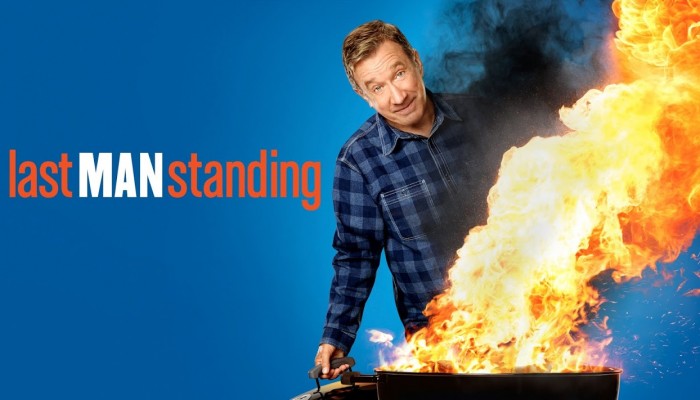 In ABC’s season opener of  Last Man Standing, “Papa Bear,” spotlights the tendency of parents to worry about their children, whether the children are grown adults or not. In this case, it is Mike Baxter’s (Tim Allen) daughter Kristin (Amanda Fuller) preparing for the first brunch at the Outdoor Man Grill, her first project without supervision. He frets and keeps long hours as the preparation is underway for days, just in case he is needed.

The little piece at the end of the show, when Mike speaks to the viewer, brought some examples of a parent’s fear as a child grows up and goes out on his or her own. He even includes the scary possibility of something coming between Hillary Clinton and “her Wall Street money men.”

Mike:  Hey, Mike Baxter for Outdoor Man. Over the years, I've found myself facing some pretty scary situations -- Anacondas in the Amazon -- ckk, ckk, ckk, ckk, ckk! -- Hungry lions on the Serengeti -- "Down, boy --" a woman's book club that ran out of vodka in my own home. [ Slurring ] Eat, pray, refill!  But as any outdoorsman will tell you, there's no place as dangerous as being between a mama bear and her cub. It's like being between Hillary and a Wall Street moneyman. Of course, a mama bear only worries about her offspring for 17 months, then she kicks them in the ass and chases them away. Humans -- we don't stop worrying about our kids until two weeks after we die. You'd think it would get easier once they leave the nest, but it actually gets worse once they roam free. All we do is fret. We can even tag their ears so we can track their migrations. Or can we? Trademark Outdoor Man.  "Dad!" Yeah, being a human parent means signing an eternal contract to worry. And when you finally see the bright light coming towards you at the very end, you know what your last thought's gonna be?  I got to check the tire pressure on Mandy's car!

Mike Baxter is right – what would be scarier for Hillary than losing control of her Wall Street contributors?