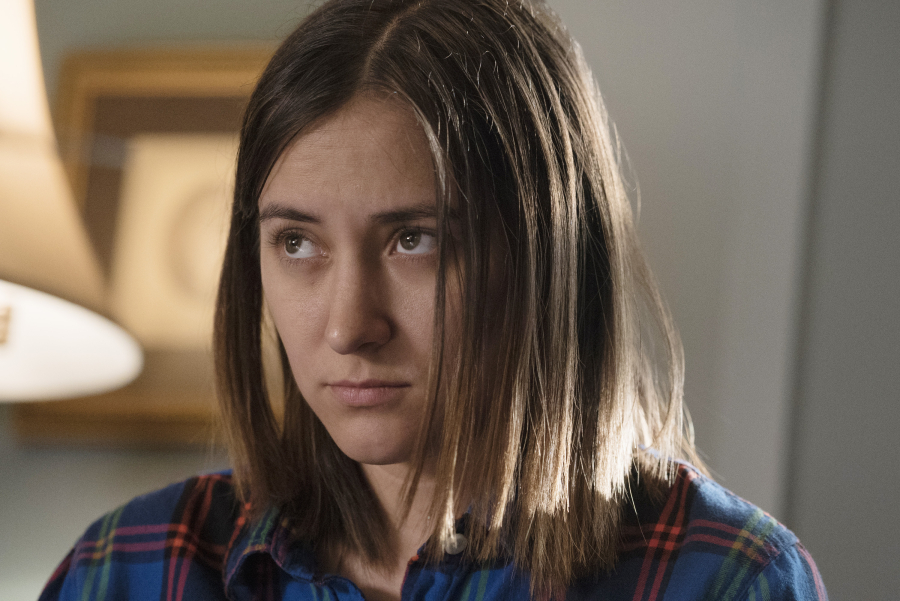 In Freeform’s (formerly the ABC Family channel) horror drama Dead of Summer, the backstory of the character Drew (Zelda Williams, daughter of the late Robin Williams) is fleshed out and we learn that Drew is a transgender boy who was named Andrea. The story of “Drew” is written into the series so that the show’s creator can promote his pet social cause – a friend is dealing with the issue. So, in true leftist form, we must ALL be made to deal with it.

The episode title “Modern Love” brings the music of David Bowie into the mix. Dead of Summer is set in 1989 as “Drew” and other former campers return to Camp Stillwater 6 years later to be counselors, but no one recognizes Drew as the former Andrea. A photo album from the summer of 1983 is discovered and Jessie puts the pieces together – she saw Drew putting on a super-binding bra after a shower by happenstance, as Drew showers alone.

The character of Andrea/Drew’s mother is written to make her as unlikable as possible. In a flashback, Andrea is taken to a psychiatrist who tries to get her mom to accept that her daughter is her son. She explains that Andrea has had a breakthrough and wants to share it with her. The breakthrough is that Andrea wants her mother to call her “Drew” because she is really a boy. Mom says a person can’t just choose their sex, but no one is having that.

We learn later that Andrea/Drew’s mother saw her at a club dancing with a girl after she snuck out of the house one night. She seems to realize that resistance is futile and a scene follows with the psychiatrist again. This time it is to tell Andrea that mom will call her “Drew,” as she admits she trailed her. She apologizes and says, “You’re a boy.” At the end of the show, however, the mom leaves home. She can’t handle that the baby girl she gave birth to now lives as a boy. She abandons Drew – she says living with “Drew” is a reminder of the daughter she lost and it is too much to bear.

Back in 1989, the camp is holding a masquerade ball and Blair (Mark Indelicato), thinking Drew is gay, asks him to be his date. Drew agrees. When Blair kisses Drew, he stops when Blair gets a little too handsy. Imagine my confusion – haven’t we been told that transgender people aren’t gay and Drew is interested in girls? Why would Drew accept Blair’s invitation?

Drew has visions of a younger self holding a red balloon haunting him, saying, “You can’t hide what you are.” The real twist, though, is that when Drew decides to tell Blair that he is the former Andrea, Blair is stunned and freaks out. He leaves Drew just standing there in the woods. The gay character can’t accept the transgender character. Irony, much?

“Modern Love” plays on. Andrea had given Blair the “Modern Love” tape for encouragement back in the day when Blair was dealing with his sexuality. Bowie is prominent because, as every anguished teen from the 80’s knew, he was a source of courage for his free spirit way of living and pushing the boundaries of sexual liberation. Very appropriate for a show that is promoting LGBT lifestyles to teens in the 2010's.