NBC Drama on Racism: 'Don't Go all Trump on Me' 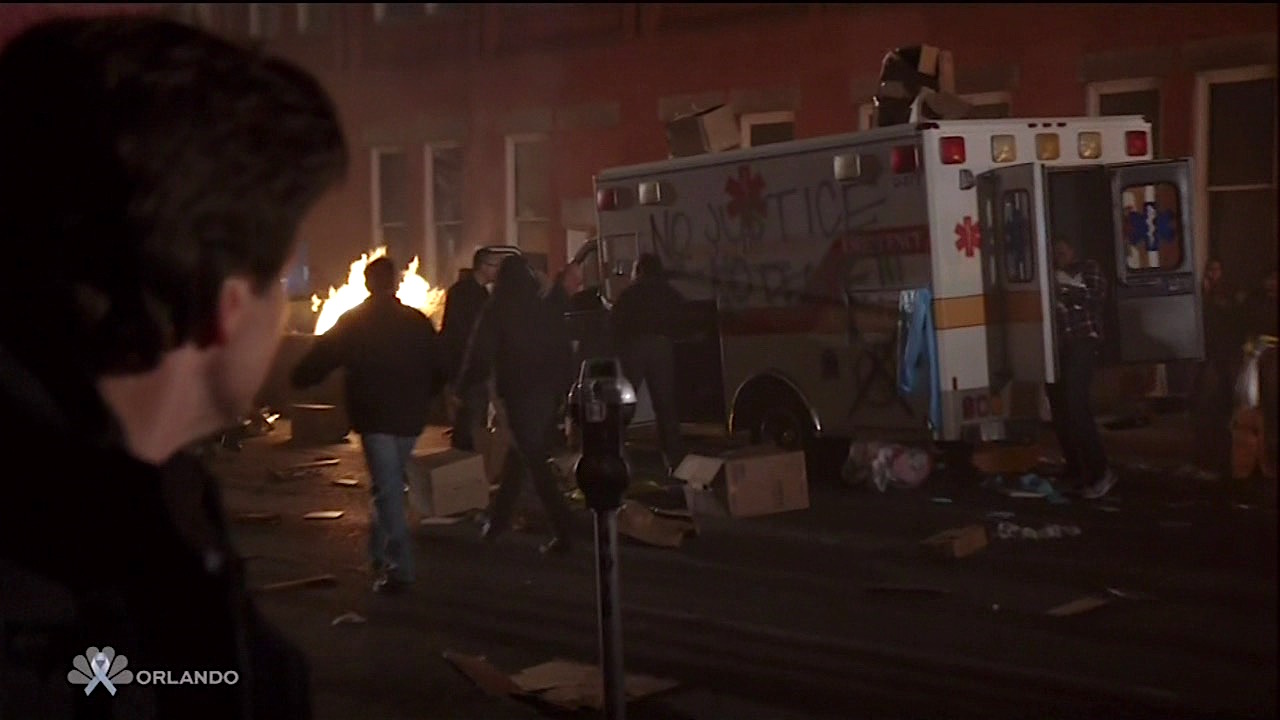 On Wednesday night’s episode of NBC’s The Night Shift, “Three-Two-One,” a riot breaks out in response to a verdict about to be rendered on a 45-year-old white man charged with shooting and killing a black man as he waited roadside for a tow truck. The accused man’s story was one of self-defense but the Black Lives Matter crowd of protesters isn’t having any of it. The hospital staff at San Antonio Medical is pulled into the ruckus when the accused is brought in after collapsing in the courtroom and the entire episode is racially tinged.

Needless to say, the hospital staff is none too pleased about the defendant’s arrival. Topher (Ken Leung) doesn’t want to have to deal with the chaos of a rioting crowd trying to storm the hospital and Kenny (J.R. Lemon) balks at treating the man he refers to as “Zimmerman.”

Kenny was already in a foul mood after being late for his shift at the hospital because he was stopped by police for speeding. Paul (Robert Bailey Jr.) calls him out when Kenny blames “DWB” – driving while black – as the cause for the stop and not the fact that he was technically speeding. The chip on Kenny’s shoulder is boulder sized. He tells Paul, a black man who comes from a more privileged background, “Don’t go all Trump on me” – is there ANY situation they can’t blame on Trump?

Paul: Yo, man, not cool calling me out in front of everyone about my car.

Kenny: Calling you out? Look, I was getting my ass chewed out for being late because I got pulled over. And you're all, like, "Well, technically, you were speeding.”

Paul: I made an observation, all right?

Kenny: Yeah, I made one, too, man. You living in a bubble.

Paul:  Hey, man. I-I lived in Philly for eight years. I'm not blind. I just don't think everybody's out trying to get me because of my color.

Kenny:  Hey, I don't think everybody's out trying to get me, either. Okay? So don't go all Trump on me. But going to Ivy League Penn, staying in that condo daddy got you, ain't "Living in Philly," bro.

Later, a young black man is shot by a rookie police officer suffering from a gunshot wound and both need immediate medical help. Protesters loot an ambulance sent to transport the teenager after the policeman is medevacked out, so the doctors on the scene have to move the teen to a store nearby for shelter as they try to keep him alive until help comes. There they discover from the storeowner that the teen delivers sandwiches for a neighborhood deli and carries a gun for protection after being robbed. It’s Texas, remember, and he reminds Paul at the hospital that open carry laws aren’t just for white people. Touché.

The story also demonstrates the benefit of partnering military veterans who are doctors with SWAT teams. One of the doctors, T.C. (Eoin Macken), was recruited to work the riot and go to another emergency with them because he is an ex-Ranger and combat veteran well-equipped to handle the stress of gunfire and an angry crowd.

As the defendant leaves the hospital wearing a bulletproof vest, a man advances through the crowd and shoots him. The bulletproof vest only saves him from one bullet. Inside the hospital Kenny works to save him, but he dies. In the end Kenny acknowledges that everyone has unintentional bias toward someone. His own bias against a white man protecting himself when he felt threatened was clear.

Now if only leftists understood that last point. Natural human biases are formed from life experiences, not color.