Fox's 'Empire': Reagan Dumped All Mentally Ill Patients Out on the Street

In last week’s episode, Fox’s ‘Empire’ revealed that Lucious’s mother was, in fact, alive. In last night's installment of the Lyons family saga, "The Lyon Who Cried Wolf," Lucious (Terrence Howard) explains why he lied about her death. Mentally ill, she had been put into a state facility when Lucious was a young boy. Then Lucious found her walking the streets of New York one day years later and placed her back into a facility again. Oh. And he blames former President Ronald Reagan for the fact that his mother was out of the facility.

Lucious: I didn't lie about anything.

Lucious: (Sighs) The truth. My mother did try and drown me. She did put a gun to her head and pulled the trigger, and told an eight-year-old boy that it was his fault she was the way she is. Just turns out there was no bullets in the gun.

Lucious:  No... My mother died the day that they locked her up. And then remember how under Reagan... ...The government took all the mentally ill patients and dumped them out on the street? Well, one day in front of 30th Street Station, I damn near tripped over her. Now you and me, we were on welfare and had two and a half kids, we couldn't take care of her if we wanted to. 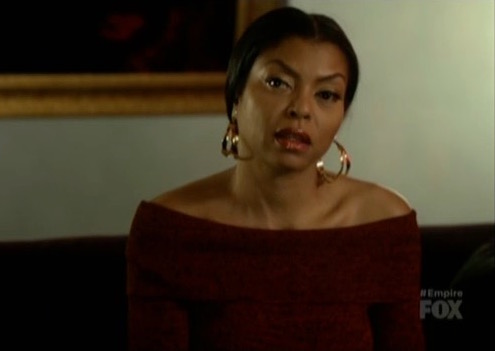 That’s an interesting story the man has going there but it’s historically wrong. In true Reagan-deranged Hollywood style, Lucious blames Ronald Reagan for dumping the mentally ill onto the street. If he wanted to blame a president, he should have begun with JFK.

Here’s the real story – In 1963, President Kennedy proposed a program funded by the federal government that would provide community mental health centers (CMHCs) to take the place of state-run mental health hospitals during a speech entitled “Mental Illness and Mental Retardation.” For about a century, care of the mentally ill had been the states’ responsibility. Kennedy’s program closed many hospitals over time, known as deinstitutionalization.

The problem with JFK’s plan, though, was when the state-run facilities were closed in favor of community mental health centers, the toughest cases were often overlooked in favor of less severe problems accepted by community centers. Those in most need were not treated, as they had been in state hospitals.

Also ignored in the rush to blame Reagan are the major societal and legal changes in the 1970's relating to involuntary institutionalization. From the book and movie One Flew Over the Cuckoo's Nest to the Supreme Court cases O'Connor v. Donaldson and Addington v. Texas, the focus on patient rights, abuse, and the plight of the unjustly committed transformed public perception and law, leading to the release of thousands of patients right around the time Reagan was elected president.

So I echo "Cookie" and ask the writers of Empire, "Why did you lie?"