Wow! 'Empire’s' Motherly Advice to Son: 'Get Your Gay Back!' 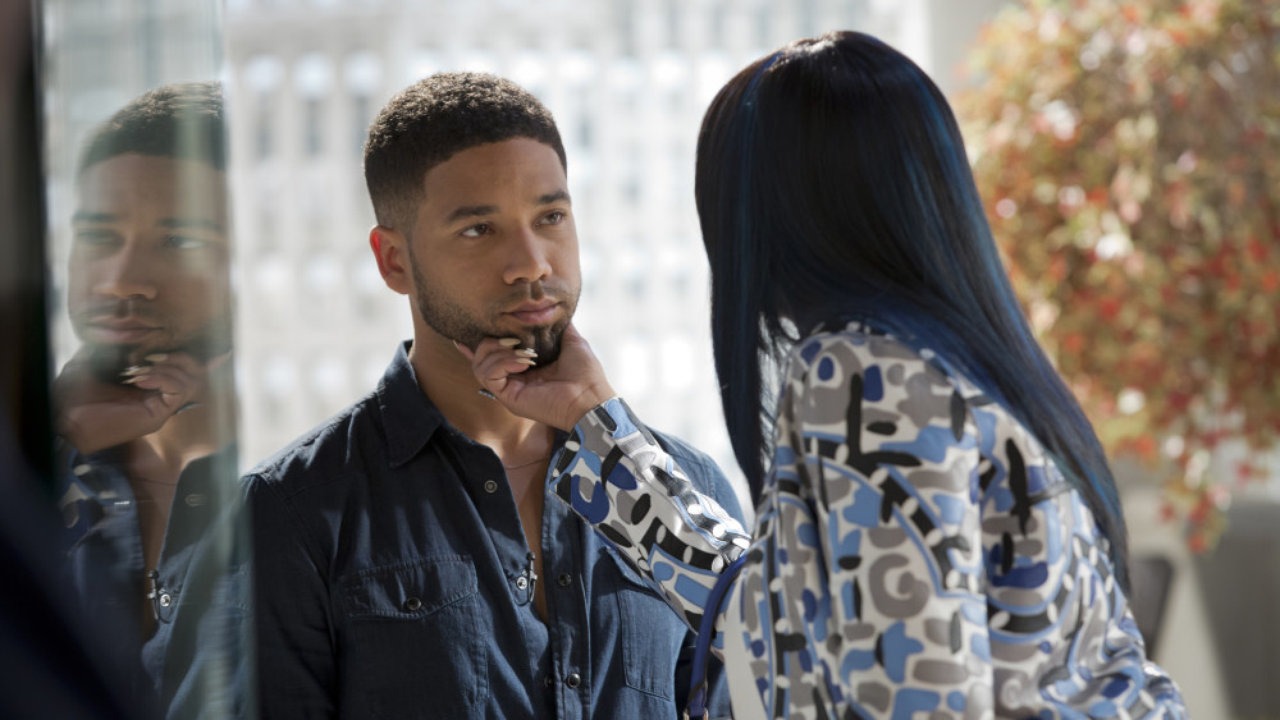 Fox’s Empire returns with “Death Will Have His Day,” the mid-season kick-off episode.  A familiar subject in prime time television was broached between Jamal (Jussie Smollett) and Cookie (Taraji P. Henson) tonight - fluid sexuality. What is with Hollywood liberals pushing this theme on TV lately?

Jamal and his father Lucious (Terrence Howard) are up for the same Asa Award. Cookie gives Jamal a pep talk in her own blunt motherly way because she wants him to become a legend in the music industry. She explains that winning an award is like participating in a political campaign – he has to approach winning the award as though he is campaigning for it. That includes keeping people reassured that he is a gay man, and not some confused bi-sexual after he slept with a woman singer.

Jamal: Jamieson found out about Skye, and he's pulling back his support.

Cookie: Yeah, see, that's another one I don't get, Jamal. You messing around with girls? Pick a damn team.

Jamal: I'm picking nothing. Do what I want to do, and ain't nobody's business who I get down with.

Cookie: So what does this mean, huh? You one of them wishy-washy, confused bisexuals now?

Jamal: (Laughs) Whatever. No. Sexuality is fluid.

Jamal: Mom, it is, I'm sorry. It is. You know what I'm saying? You-you have straight and-and gay and bi and a lot a bit of everything. I don't know.

Jamal: (Laughs) You ain't never slept with no woman?

Jamal: Oh, really? Look, all I'm saying is that sometimes things happen, you know? You feel a certain way and you... You act on it or you don't. Just because I have sex with, uh, two women in my entire life doesn't mean, you know, I'm straight or bi or anything. I'm still a gay brother looking for a man.

Cookie: Shut up, boy. How you think your big-head ass got here?

Cookie: Look, Jamal, listen to me. You cannot piss people like Jamieson off if you want to win an Asa Award, okay? Awards are like politics, baby. Think of this like a campaign. You're running for office, all right? So I need you to get your head back in the game and get your gay back and get that Asa Award! You need to become legendary.

That’s the ticket! All will be well if Jamal just gets his gay back. Hollywood is determined to promote fluid sexuality as normal behavior. The irony is that even all of the written characters aren’t buying that concept, including Mama Cookie.