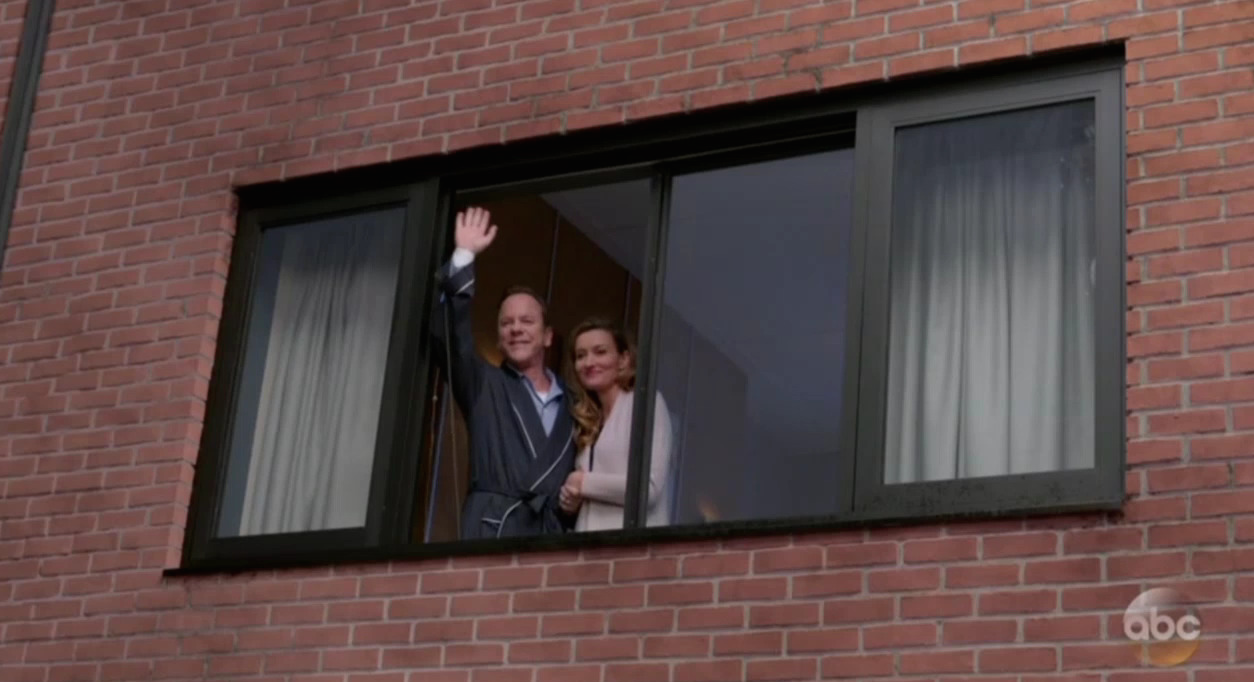 For the second time this season, President Kirkman on ABC’s Designated Survivor has been compared to President Ronald Reagan.

On Wednesday’s episode, “Warriors,” Kirkman is recovering from a sniper assassination attempt. After learning both the country and stock market are in a panic, he is determined to restore their confidence and does so by waving to the public from his hospital room window.

Reporter: And that was the scene earlier today at George Washington University Medical Center as President Kirkman waved to an adoring crowd, just hours after his life-threatening surgery. After all the worldwide concerns about his health plunged the global financial markets into chaos, this was, indeed, an extraordinary moment of hope and assurance.

This scene captured the nostalgia of President Ronald Reagan and First Lady Nancy Reagan as they waved from the window of the hospital to let crowds know he was okay following his own assassination attempt.

What a great role model to look up to - literally and figuratively! 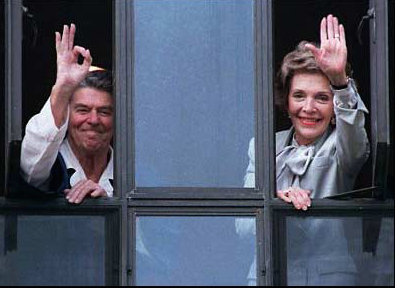