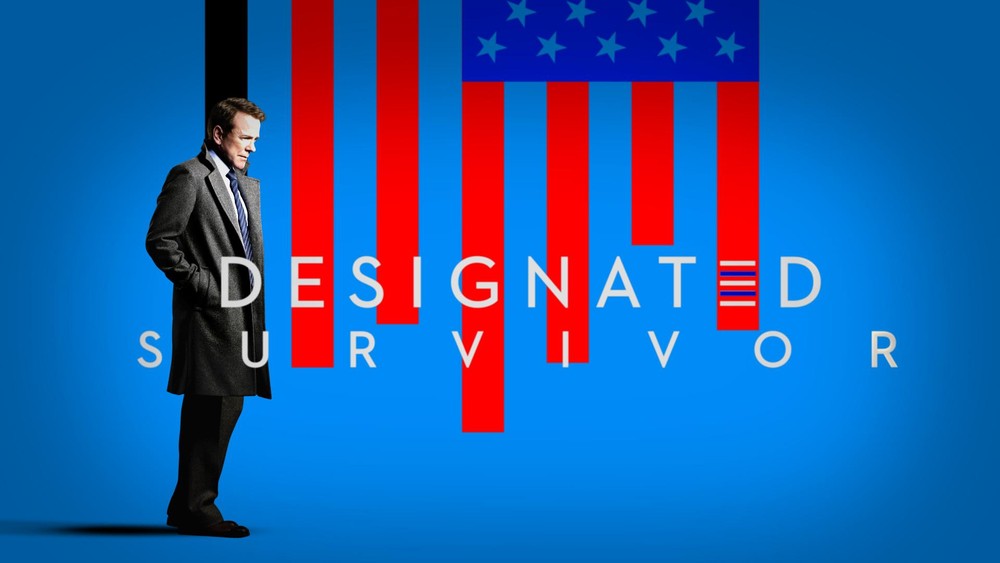 After an episode about the illegal detention of Muslims, the ABC drama Designated Survivor has now moved on to the cause of championing the rights of Syrian refugees. They’ll take any excuse to lecture on Islamophobia after an Islamic terrorist attack. (Although, the way the show is going, it’s going to turn out to be some evil cabal of rich white conservative men who planned the attack that wiped out the Capitol.)

During Wednesday’s episode, “The Interrogation,” President Tom Kirkman (Kiefer Sutherland) invites all the governors to the White House to present recommendations for a new Congress when a terrorist shooting attack takes place.

Just prior to the shooting, President Kirkman found out that Governor Rivera (David Norona) of Florida accepted a plane filled with 300 Syrian refugees to land in Miami. Rivera’s plan comes to a screeching halt as the White House shooting terrifies Floridians, who protest to not let the refugees off the plane. Governor Rivera wants to protect the people of Florida without fear of the President putting him under arrest, as he did with Governor Royce. President Kirkman and First Lady Alex (Natascha McElone) attempt to alleviate Rivera’s concerns to no avail.

Kirkman: You gave permission for a planeload of Syrian refugees to land in Florida, and now –Rivera: That was before a Nassar sympathizer fired on the White House. Today I have protests across my state.

Kirkman: You and I both know that the attack on the White House had absolutely nothing to do with the people on that plane.

Alex: Those refugees are not extremists. In fact, they came here to escape them.

Rivera: With all due respect, ma'am, how can you be so sure? I mean, do we really know who they are, whether or not they have links to terrorism?

Alex: Not one of those passengers has been flagged by DHS. They've been checked and re-checked against multiple watch lists. You'd find very few U.S. Citizens who could pass that kind of scrutiny.

Rivera: They're from a failed state -- a country in chaos. It's impossible to properly screen them. And you cannot guarantee that one of them does not intend to harm us. Ma'am, the people of Florida are scared.

Kirkman: Governor, in 1980, Congress passed the Refugee Act, empowering the federal government to place refugees across this country.

Rivera: Sir, that was, what, 36 years ago? Times have changed, and our country must change with them.

Alex: But change does not mean that we abandon our principles.

Kirkman: If we don't let these people off the plane

Rivera: You'll send in the Guard? Arrest me?

Kirkman: That's not what I was going to say.

Rivera: Mrs. Kirkman, I am not unsympathetic. In fact, I'm the child of immigrants. But it's my job to represent my people, not to impose my will on them. The answer is no.

“Very few U.S. Citizens could pass that kind of scrutiny?” Come on! There goes First Lady Social Justice Warrior on her high horse again! “There are 300 Syrian refugees being denied basic human rights in our country. This isn't a political issue. It's more of a humanitarian one,” she intones.

Later she lobbies for the release of one of the Syrian refugees who is going into labor, and again acts as if all refugees are harmless.

Alex: Governor, she's in preterm labor. You have to do something.

Rivera: I'll send in a doctor.

Alex: If that baby is born on the plane, he or she becomes an American citizen, so why not take her to the hospital, where she can deliver it safely?

Rivera: Fine. She can go.

Alex: And the husband -- the baby's father?

Rivera: Yes. Him, too. Thank you. And once they're off the plane, it can return to Istanbul.

Alex: But what about the rest of the passengers?

Alex: As we discussed, they are all registered with DHS.

Rivera: And as I told you before, ma'am, the people of my state are frightened. And after Brussels, Paris, Nice, Washington, they have a right to be suspicious.

Alex: But what about the millions of Syrian refugees that Europe has taken in? What have they done?

Rivera: It's what they could do. Uh -- Ma'am, why don't you quit while you're ahead?

What have Syrian refugees done in Europe? Let’s count the crimes. The majority of the terrorists who attacked Paris and Brussels came into Europe posing as refugees. Last month a bombing by a Syrian refugee was thwarted in Germany. Germany’s first-ever suicide bomber was a refugee. A Syrian refugee hacked a pregnant woman to death in Germany. And of course there were the sexual assaults of hundreds of women on New Year’s Eve in Germany, as well as the lesser known sex assaults in the UK and even Massachusetts by Syrian refugees.

Later, President Kirkman is backed into a corner when the governors unite and threaten to withhold offering recommendations for creating a new Congress unless he places a temporary ban on all immigration saying, “These refugees are emblematic of a much larger issue -- the threat to our country from unchecked immigration…Our borders are compromised.” Hmmm, Syrian refugees, closing the border, what could the writers possibly be hinting at?

Kirkman reluctantly agrees to the governors’ demands, believing the immediate need for the restoration of the Legislative Branch is worth the sacrifice. Needless to say, First Lady Alex is very upset. The president assures her the refugees are going to Canada, not back to Syria, where they will be free and safe. Of course, that’s not good enough for her, “But they could be free and safe here,” she complains and shames him for not “standing up for an American principle.”

It’s clear that Hollywood writers disapprove of Trump’s plan to suspend the refugee program. Their goal is to portray paranoid leadership, especially from any Republicans who want to increase border security. What will it take for them to wake up and learn our country needs better security? I’m hopeful they’ll learn without another major disaster.