On July 4th, a great spirit of patriotism swept the country as Americans celebrated their great nation. However, some on the U.S. women’s soccer team were not filled with the same flag-waving enthusiasm. In a CNN interview, U.S. soccer player Ali Krieger stated that she absolutely refuses to visit the White House and respect the President. 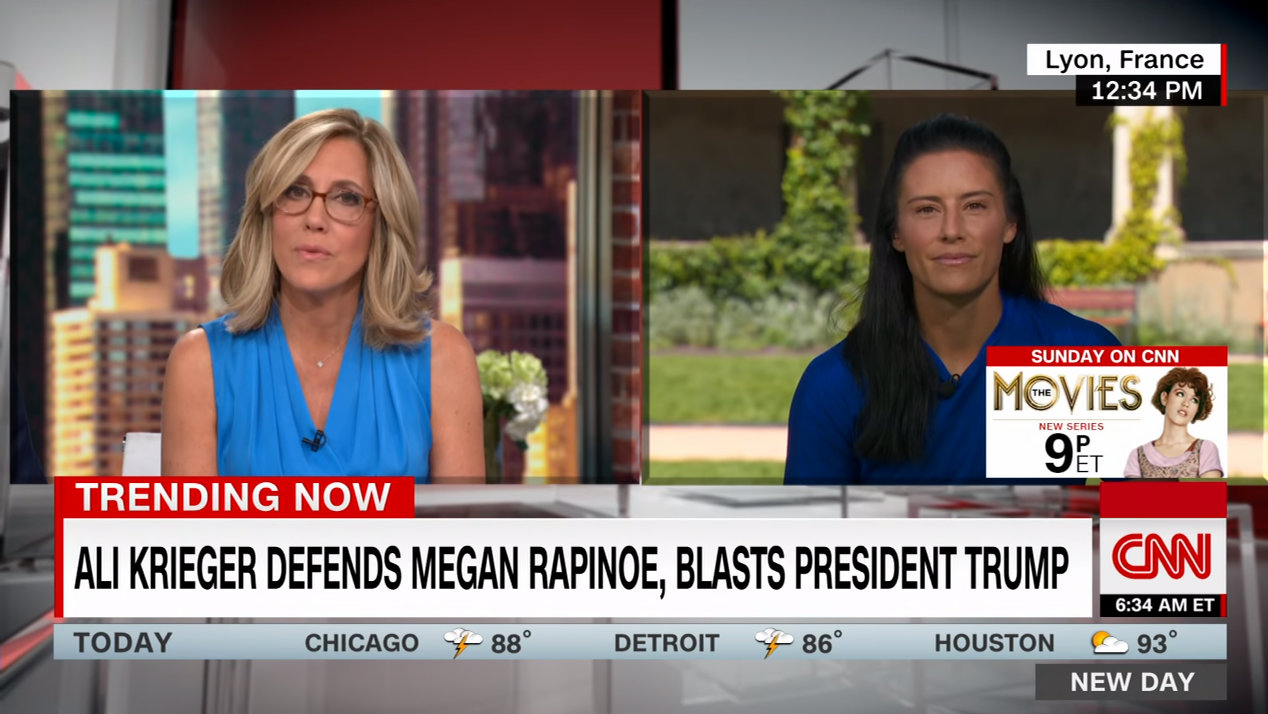 Krieger’s just following the lead of her teammate Megan Rapinoe who said on June 25th “I’m not visiting the f--king White House.” Rapinoe’s apparently not a fan of America either, kneeling during the national anthem. In response, President Trump invited the team to visit the White House, “win or lose.” The President’s invitation drew the ire of Krieger, who replied:

In regards to the ‘President’s’ tweet today, I know women who you cannot control or grope anger you, but I stand by @mPinoe & will sit this one out as well. I don’t support this administration nor their fight against LGBTQ+ citizens, immigrants & our most vulnerable.

Krieger, of course, went out of her way to put scare quotes around “President’s.”

Yesterday, Krieger appeared on CNN's New Day where she was asked questions about her tweet. When asked if she would go to the White House, Krieger responded “no, absolutely not. I refuse to respect a man that warrants no respect.” She also called Trump an “oppressor, abuser, and a bully” and said that many others on the team have “similar feelings” as Rapinoe.

Though clearly upset by Trump’s tweet, she was overjoyed by the fact that former President Obama had tweeted about the team. When asked whether Trump had tweeted to congratulate the team, Krieger partially replied “More importantly, Barack Obama tweeted at us, which I definitely liked [...] I was really excited about that, and we all were as well.”

Krieger was also asked if she and her whole team would rather accept an invitation from Congress to go to the House of Representatives instead of the White House. One such invitation came from Alexandria Ocasio-Cortez, who tweeted “It may not be the White House, but we’d be happy to welcome @mPinoe & the entire #USWMNT for a tour of the House of Representatives anytime they’d like.”