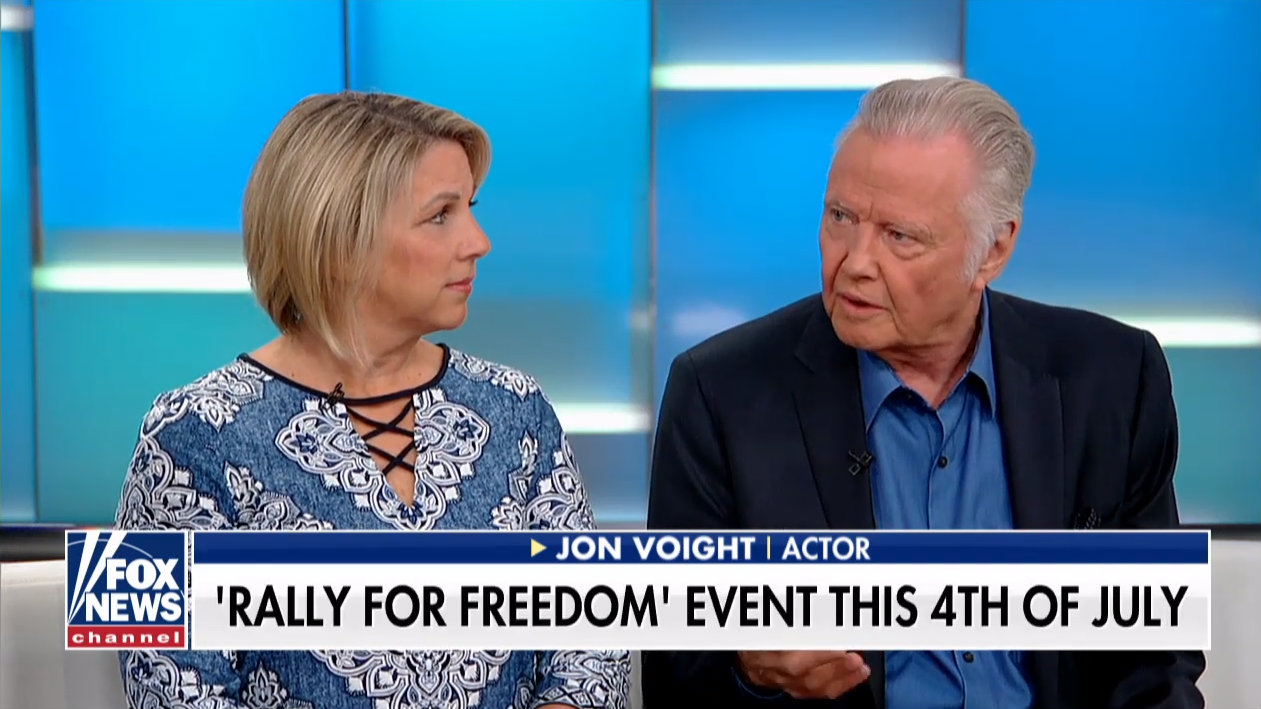 The difference between Trump supporters and Trump-deranged Hollywood elites is day and night. This morning, actor Jon Voight appeared on Fox and Friends with Gold Star mom Karen Vaughn -- mother of a slain Navy SEAL -- to speak about the July 4th “Rally for Freedom” in Washington, D.C. When asked about an Alyssa Milano tweet calling him a “has been” and an “F-lister,” Voight prayed for the good of his fellow actor.

Voight was utterly unfazed by Milano’s rude remarks. Rather than sinking down to Milano’s level, he gave a remarkably respectful response, saying, "Darling Alyssa, God bless you. I pray God sends His light of truth on all those with no truth about the Republicans and about our President, and may God bless America."

On May 24th, Voight tweeted a video urging Americans to support President Trump. In that video, the Academy Award-winning actor stated:

Don’t be fooled by the political left because we are the people of this nation that is witnessing triumph. So let us stand with our president. Let us stand up for this truth: that President Trump is the greatest president since Abraham Lincoln. God bless America, and may God continue to guide this nation.

Milano would not let Voight’s comments about America go unpunished. The next day, Milano tweeted:

Now I understand why Republicans like to discredit actors and our political views.

"Stay in your lane, Jon!" "Has been!" "F-lister trying to stay relevant!" "Nobody cares what an out of touch actor thinks!"

On Fox, Voight ended his response with an air of understanding. Reflecting on his own allegiance to the anti-war left in the 1960s, he expressed sympathy for Milano:

We have to go through a process in order to learn the truth sometimes -- I did-- so I have sympathy for those who are in ignorance [...] Ignorance doesn’t scare me; I was [ignorant] myself. I just root for everyone to come to the truth.

While Milano let her emotions run wild, Voight remained rooted in his cool demeanor. Milano’s attack was entirely unprovoked; it was motivated by an uncontrollable rage against Trump and conservative critics of Hollywood. Voight could have easily struck back twice as hard, but instead, his good nature inspired a charitable appeal to God and truth.

Through his kindness, Voight executed a devastating parry: he exposed the ignorance that drives the left’s hatred against conservatives. Those stricken with Trump Derangement Syndrome don’t care about the truth; they are blinded by resentment.