In an embarrassing attempt to push the impeachment narrative, a whole litany of liberal Hollywood celebrities did dramatic readings of the Mueller report. The whole report is 448 pages of drab legal jargon, which is apparently perfect for a theatrical performance. 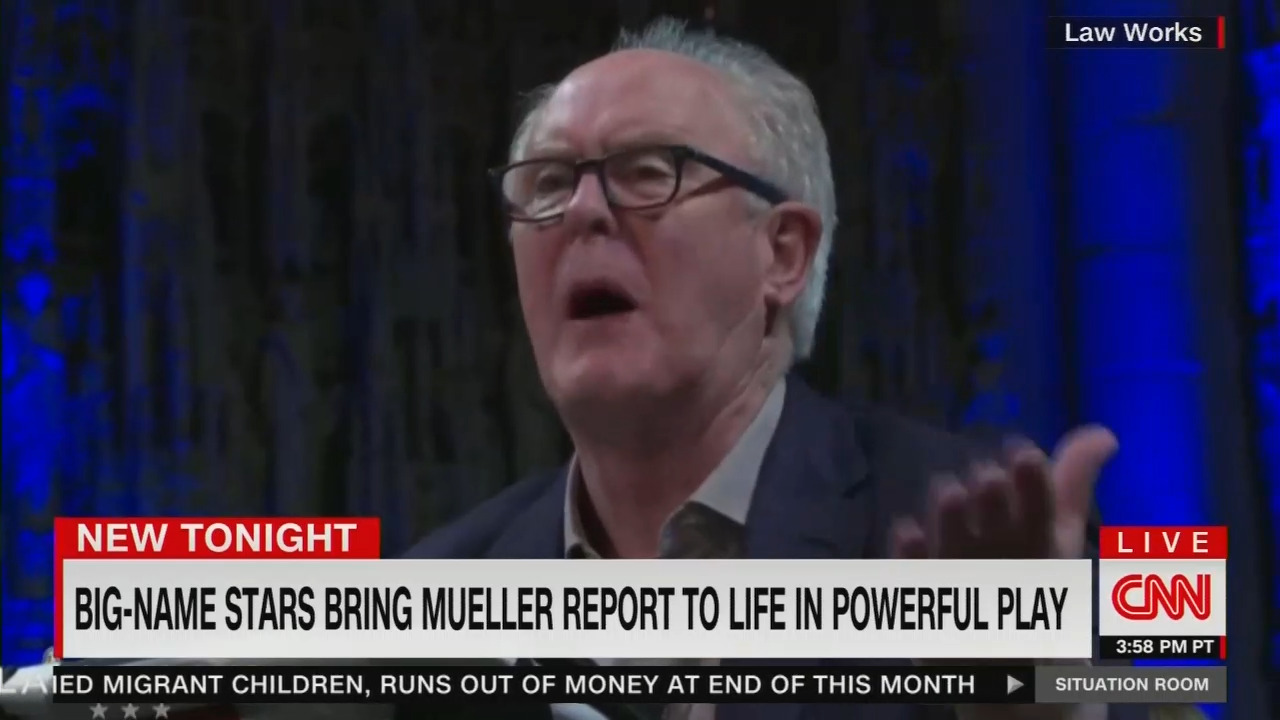 To clarify, the Mueller report -- a culmination of a two year investigation -- found some connections between Russian government officials and Trump campaign members. However, there was no collusion and according to the actual report, “The evidence was not sufficient to support criminal charges.”

Since Democrats can’t prosecute Trump for collusion, they’ve opted for “obstruction of justice,” even though that went far beyond the special counsel’s original purpose and purview. The Democratic Party’s Hollywood friends have come out in droves to advocate for Trump’s impeachment.

Today, the “Need To Impeach” Twitter account posted a video of Minnie Driver, Debra Messing, Anika Noni Rose, Alysia Reiner, Kirk Acevedo, Rob Corddry, Jon Cryer, Yvette Nicole Brown, and others all pretending to audition for a role in "Mueller Report: The Movie.” The video consists of them reading parts of the report and giving fake reactions.

The caption for the video reads:

Despite being A-list celebrities, their performances were not convincing. After reading their first line from the report, every actor reacted incredulously. Debra Messing looked at the camera and said, “Imagine if this was the real report,” as if she didn’t already know. Later on, Yvette Nicole Brown asked with an overly shocked expression, “I mean, they gotta impeach this guy, right?” Corddry then pretended to call his agent talking about how ridiculous Trump’s actions were according to the report. No amount of talent can make these lines seem like genuine first impressions.

This video came right after last night’s reading by Julia Louis-Dreyfus, Mark Hamill, John Lithgow, Zachary Quinto, and Alyssa Milano, among many others, of Robert Schekkan’s play adaptation of the Mueller Report. The Investigation: A Search for the Truth in Ten Acts outlined 10 supposed instances of obstruction of justice committed by Trump. The livestream was taped by Law Works -- the liberal organization that hosted the event; it was over an hour long and as boring as you would expect.

Robert De Niro, George Takei, Stephen King, and a few others gave their own dull “dramatic” reading for Now This. Takei asserted in the video that Mueller’s report contained, “The most damning evidence ever compiled against a sitting U.S. president.” The video went on to claim that there was “plenty of evidence of collusion.” However, within its first pages, the Mueller report explicitly denounced using the word “collusion” at all: “Collusion is not a specific offense or theory of liability found in the United States Code, nor is it a term of art in federal criminal law.” Instead, the report opted for “conspiracy,” which is legally prosecutable.

Anyone that has actually read parts of the report can point out the lies that these Hollywood hacks promote. Their realities are so distorted by Trump Derangement Syndrome that the Mueller report tops the Watergate and Monica Lewinsky scandals, despite the fact that the report literally stated that there was no sufficient evidence for conspiracy. So much for “damning evidence.”

These actors’ political ventures are laughable. They do more to flaunt their ignorance than support their cause.