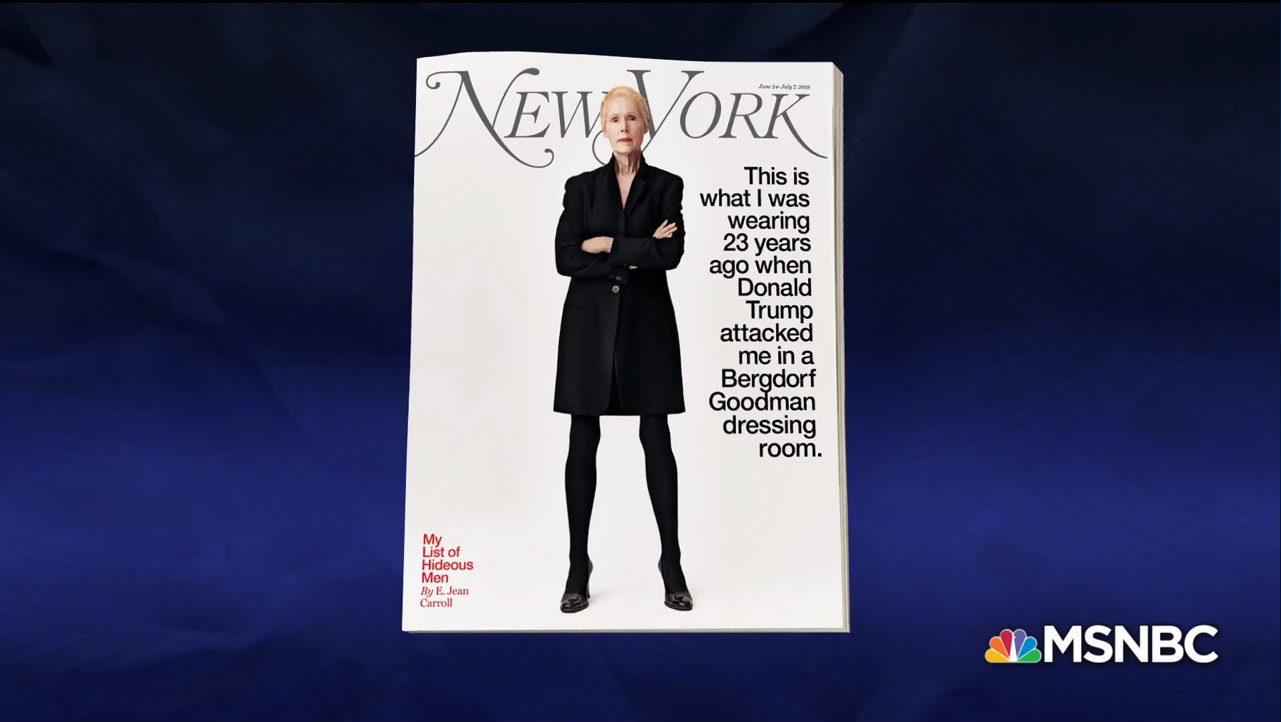 On June 21, New York Magazine published a story by journalist E. Jean Carroll accusing President Trump of rape.The incident occured more than two decades ago. Even though the media has jumped on every sexual misconduct allegation against Trump, journalists have been relatively mum about Carroll’s violent story. Despite the media’s doubt, Hollywood celebrities were quick to condemn Trump as a vicious serial rapist.

Trump included, Carroll accused 21 men of sexual misconduct against her in an upcoming book, What Do We Need Men For? A Modest Proposal. The timing of this allegation is suspect. Why didn’t she come forward with her story after the release of the infamous Hollywood Access tape? At that point, accusations were coming out left and right. By October of 2016, a total of 17 women had brought forth sexual abuse allegations against Trump.

Instead, Carroll waited until she had published her book -- almost 3 years after the Hollywood Access tape -- to make her claim. Carroll told MSNBC’s Lawrence O’Donnell that she would not press charges because it would be "diserspectful" to the illegal immigrants that have also been raped.

Normally, any hint of a Trump misdeed is blazoned on front pages, but not Carroll’s story -- an indication that even Trump-hating journalists have their limits.

I was just perusing the @NYTimes searching for the story of a famous writer accusing the President of forcible rape. I thought for sure it would be on the front page. What the fuck is wrong with you, @NYTimes? It's a fucking RAPE.

Randi Mayem Singer -- who once used school shootings and Brett Kavanaugh’s children in the same sentence -- made a cute reference to Trump’s 5th avenue quip. The Mrs. Doubtfire screenwriter tweeted “Donald Trump could rape a woman in the middle of 5th Avenue and not lose supporters.”

Debra Messing of Will & Grace and vagina cupcake fame tweeted:

Moral, law abiding, women respecting, face of our country. And that makes you a DICK. A DICK that deserves to be voted out of office. #2020 #TrumpIsARapist #TrumpsAnInternationalDisgrace #TrumpLies

Amber Tamblyn -- who is currently “at war” with conservatives -- tweeted very frankly “The President of the United States, Donald Trump, is a serial rapist.” Video game developer and radical feminist Brianna Wu also jumped on the “Trump is a serial rapist” train, tweeting:

I believe these women. And I believe Trump is a serial sexual assaulter. Do you know why? BECAUSE TRUMP ADMITTED TO BILLY BUSH THAT HE SEXUALLY ASSAULTS WOMEN.

For Jeffrey Wright, not only is Trump a serial rapist, he’s also literally Hitler. The Westworld actor tweeted:

2019 pressing questions: Are children dying in US Government custody dying in 'concentration camps,' or is this noun too sensationalist? Is the President* of the United States a serial rapist?

These celebrities' political hatred produced an all-consuming rage that inhibited their rational ability to smell a fishy story. Carroll's story fit into their preconceived notion of Trump as an evil rapist, so her story must be true without any investigation.