Kids aren’t off limits when it comes to Supreme Court nominee Brett Kavanaugh’s confirmation hearing – at least not in Hollywood. 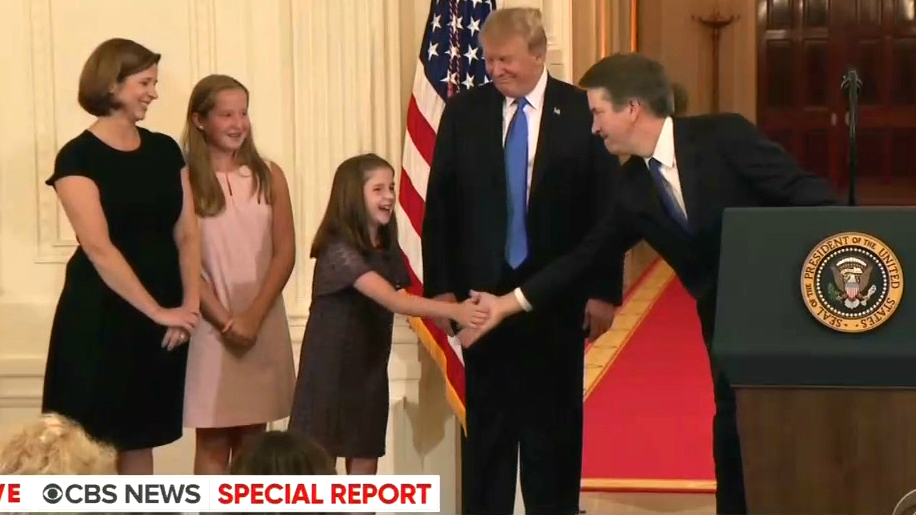 After several interruptions from protesters, Supreme Court nominee Brett Kavanaugh’s young daughters were ushered out of his confirmation hearing on Sept. 4. Hollywood screenwriter and producer Randi Mayem Singer (Mrs. Doubtfire) took to Twitter to “hope” for gun safety and “reproductive rights” (aka abortion) for 13-year-old Margaret and 10-year-old Liza.

Singer, who dislikes both President Trump and Kavanaugh, began by quoting Sen. Ben Sasse (R-Neb.) telling Kavanaugh, "I hope your daughters still get the day off from school."

“This process has to stink,” Sen. Sasse told Kavanaugh and his wife, Ashley. “I'm glad your daughters could get out of the room and I hope they still get the free day from school.”

In response, Singer zeroed in on Kavanaugh’s daughters – in regards to issues like gun safety and “reproductive rights.” 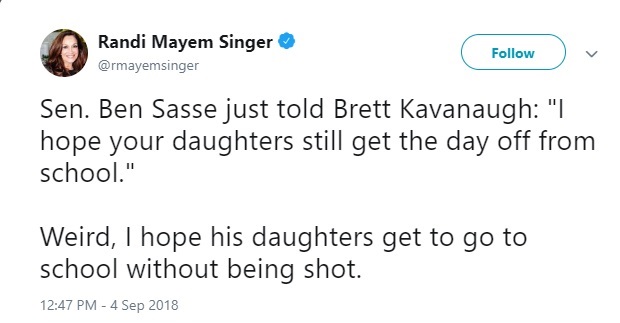 “Weird, I hope his daughters get to go to school without being shot,” she tweeted in response, before also telling her 58,000 followers:

“Weird, I hope his daughters still get to have reproductive rights.”

“Weird, I hope his daughters still get to grow up and marry whomever they want.”

“Weird, I hope his daughters get to grow up and still have healthcare, Medicare and Social Security.” 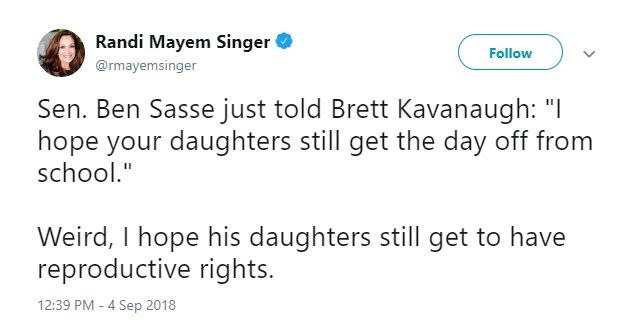 Her “reproductive rights” tweet, which likely referred to abortion and Roe v. Wade, the 1973 case that legalized abortion in the U.S and that many in Hollywood and the media are worried Kavanaugh would help overturn, received the most attention with more than 18,000 “likes.”