Amber Tamblyn wants tolerance. But only her kind of tolerance. A member of the cast of the popular film, “The Sisterhood of Traveling Pants,” and the director of the recently released drama “Paint It Black,” the actress has attempted to describe herself as an activist. 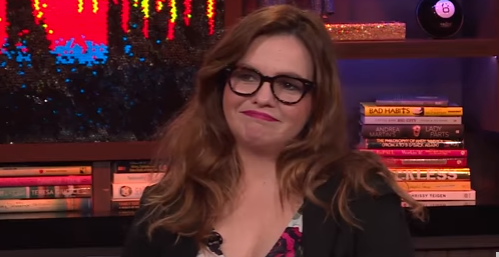 Simon tells the readers that although Tamblyn is “a famous white woman” and “undeniably privileged,” because of her position, she is able to make it easier for those who don’t have the same advantages and opportunities.

She is also working to make the world a better place, since in her own words, the world is now a place “where we have a president who’s a sexual predator, and who also speaks out against women’s rights and just doesn’t seem to care.” Tamblyn says this, and the fact that Hillary Clinton lost the presidential election, makes her “want to just keep working harder and pushing harder.” The actress told Simon, “I’m at war,” and admitted that critics only make her “fight even louder.”

Because life for her, being a famous white woman, is actually really difficult, she feels she has to keep working. She told Simon she is tired of dealing with “ambush misogyny,” and gets upset whenever public opinion tells women what to do “whenever a woman tries to do something she’s not supposed to be doing.”

But here’s the thing: Tamblyn is not pushing for tolerance for everybody. She just wants the people that she thinks she speaks for to have acceptance. According to Simon, Tamblyn is not interested in “unifying people to understand each other’s common causes.” No definition is given for common causes, but one senses that whatever causes Tamblyn supports, they are not shared by many others.

Isn’t that the idea behind tolerance? Not for Tamblyn. She tells Simon, “If I have to take a more hard line in order to get across how unacceptable that is, then that’s the world I choose to live in.”

Tamblyn, who has previously made her political opinions, at least in terms of women’s rights, very clear, will not accept those who are opposed to her at all. She is essentially saying that she will not even acknowledge that the other side has any truth, value, or reason, but she is also saying that everything else that unifies this country is not even important to her.

And Bustle applauds her as an activist who embraced her calling “as a simple fact of her existence as a woman.”