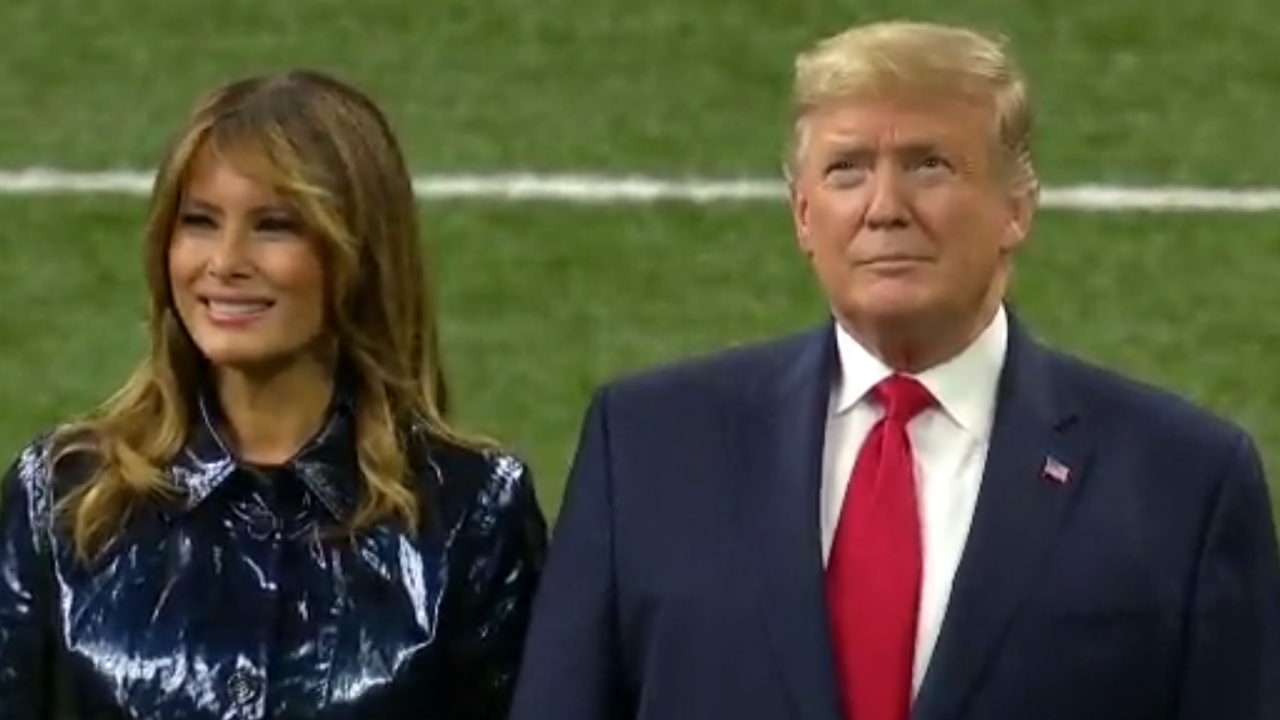 Prior to leaving the White House for the College Football National Championship game on Monday, President Trump told reporters, “It’ll be a great game. It’ll be something that a lot of people want to see. And we’ll be in New Orleans, and we look forward to it.”

And he had very good reason for looking forward to it.

Both the President and the First Lady were greeted with a thunderous response at Mercedes-Benz Superdome Monday night when they were announced in New Orleans, Louisiana.

Before the national anthem, the two entered with members of both Clemson and LSU’s Reserve Officers’ Training Corps (ROTC.)

And the crowd loved it. Immediately, fans went wild and “U-S-A” chants were recognizable throughout the entire stadium.

President Trump and the First Lady made their appearance prior to the playing of the National Anthem, which was sung by multi-platinum, two-time Grammy award winning artist Lauren Daigle (who established herself within the Christian music genre.)

Video taken by USA Today Sports in another section of the stadium provided even more audio that suggests the stadium was even louder than the National TV broadcast suggested it was during these introductory moments.

Despite what many in the mainstream media would like to suggest, President Trump still possesses support from many throughout working America. And this national stage provided a clear reminder of that fact.