Djokovic Still Banned From U.S. Open Due To Vaccination Status

The U.S. government is serving up some nonsense to tennis star Novak Djokovic. 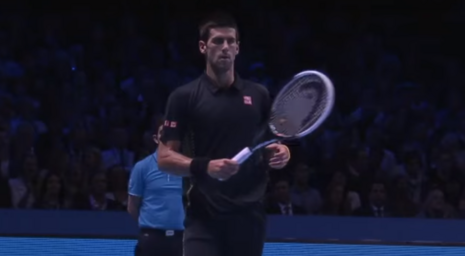 Under the current rules of entry for the United States, the Serbian star and defending Wimbledon champion cannot participate in the final installment of the Grand Slam because he is not vaccinated.

The ban still stands despite the fact that U.S. Senator Marsha Balckburn (R-TN) has recently written a letter to Rochelle Walensky, M.D., the director of the CDC, asking that this sham of a health organization remove its ludicrous COVID policies and allow Djokovic to play.

“Americans are ready to move beyond the pandemic and its endless list of rules, but the Biden Administration wants a forever pandemic,” part of Blackburn’s letter reads. By barring Novak Djokovic from competing in the U.S. Open, the Biden Administration is making it clear that it would like to impose a "forever pandemic." However, the hypocrisy in this power grab is clear. Illegal immigrants can cross the border without proof of vaccinations or negative COVID tests, but Djokovic cannot fly to the United States and compete in the U.S. Open.

While the U.S. Open “not have a vaccination mandate in place for players,” this U.S. law would prevent Djokovic from entering the country. As Blackburn pointed out, it's just another way the Biden administration is perpetuating the COVID fear and using any means they can to take obsessive control over the American people.

And that is a shame.