The controversy surrounding transgender swimmer Lia Thomas has dominated the swimming world’s news cycle for over a month. Michael Phelps, the most revered and successful swimmer of all time, has just offered his thoughts on the situation. 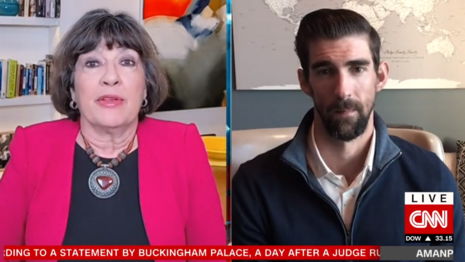 His stance? According to him, it’s complicated.

Phelps seems to be ok with the fact that a man is calling himself a woman (which makes no sense in any form of reality), but he does want sporting events to be held on “an even playing field.”

“I don’t know where this is going to go. I don’t know what’s going to happen. I believe that we all should feel comfortable with who we are in our own skin. But I think sports should all be played on an even playing field…I don’t know what that looks like in the future. But it’s hard. It’s very complicated.

This is my sport. This has been my sport my whole entire career. Honestly, the one thing I would love is everybody to be able to compete on an even playing field. That’s all I can say,” Phelps said.

The video below has more context for Phelps’ thoughts:

Reflecting on the Djokovic debacle ahead of the Australian Open, the most decorated Olympian of all time @MichaelPhelps says that “as athletes, we are role models… I’ve had Covid and it was terrible… We can all work together and follow certain guidelines.” pic.twitter.com/RBwZk3B9BJ

Now, this is not the most invigorating or confident response to the matter, which is somewhat understandable given that if even one syllable of his response offends the cancel mob, they will inevitably come after him.

But at the very least, by saying he wants athletes to compete against each other on similar playing fields, he could be implying that Thomas’ presence in women’s sports is detrimental to female athletes and should not continue (Thomas is breaking female swimming records left and right and obliterating her competition in most events).

However, his stance on transgenderism leaves a lot to be desired. People cannot simply take testosterone suppressants or have reassignment surgery to “change their gender.” You are either born a male or a female, anything else you do is a feeble attempt to change the fundamental identity you were born with. So we should never be “comfortable in our own skin” if we are living a lie, but our Phelps seems perfectly okay to let that one slide.

Is Phelps’s assessment of the situation half-baked? Yes. Should he have had more backbone and delivered a stronger stance? Probably. Is he properly using his power within the sport to protect women’s swimming in the future? For now, yes, but the future will tell all.