Aaron Rodgers: COVID 'Science' Is Nothing More Than 'Propaganda'

Despite getting crucified by the left-winged media for not being vaccinated, Green Bay Packers quarterback Aaron Rodgers continues to throw haymakers at the vaccine narrative. 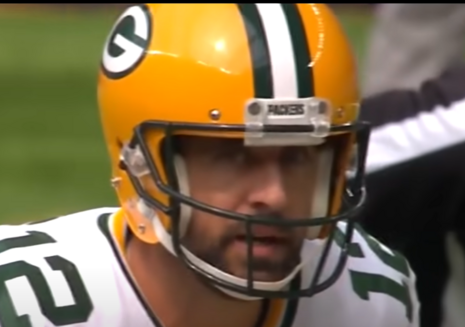 After defeating the Cleveland Browns 24-22 on Saturday, Rodgers, and Fox Sports reporter Erin Andrews hugged after the conclusion of a post-game interview which started out with the two being socially distanced. Naturally, the internet exploded with criticism for this event because they chose to ignore the “science” and just live normally.

Here’s the interview where the controversial embrace happened that sparked the outrage:

“I got to sit behind a legend for three years and see what greatness looked like first hand. That’s an experience that changed my life forever.”@AaronRodgers12 discusses what it means to him breaking @BrettFavre’s record. pic.twitter.com/u6occzr2Kc

Yesterday, he went on the Pat McAfee Show and blasted his critics, offering no apology for his actions (because he does not need to) and roasting those who blindly accept the COVID safety narrative:

“If science can’t be questioned, it’s not science anymore; it’s propaganda…That’s the truth.”

Ouch. That’s got to hurt if you’re on the Left.

Watch the video below for full context:

"If science can't be questioned it's not science anymore it's propaganda & that's the truth" ~@AaronRodgers12#PatMcAfeeShowLIVE pic.twitter.com/8PHGdTgYmc

Like his passing game, Rodger’s takes on how to combat COVID have been top-notch. While he claims to be an independent thinker and does not choose to align himself with any political party, the gunslinger continues to hold fast to logic in a world that is increasingly becoming illogical.