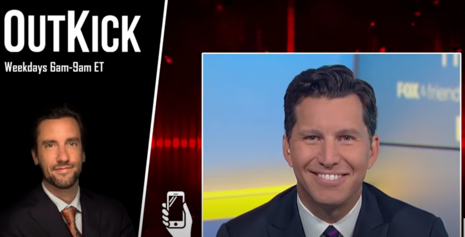 Travis asked Cain to comment on James, who last week doxxed a Columbus, Ohio police officer for shooting and killing a black woman attempting to stab another person. James has shot off his mouth frequently about so-called racist cops and said they are hunting down blacks.

Cain responded: “LeBron James, at least in the world of sports, is the single most destructive force to race relations in the United States.”

Travis then said: “The way to solve things, as you well know, is through conversation and mutual understanding, as opposed to standing on the sidelines when something happens and determining who is a either a saint or a devil, and demonizing the police which is going on right now. Which I think many athletes are guilty of.”

With 50 million Twitter followers, James’ race bitterness projects a false perception that alters people’s reality, Cain said. “By responding to a false narrative, we’re tribalizing ourselves. There’s more tension between the races today. We’re defunding the police. We’re actually changing reality based on a falsehood … it’s all boiled down to systemic racism …”

A former ESPN radio and TV personality, Cain cited a Washington Post poll that revealed most liberals believe white cops kill from 100 to 10,000 unarmed blacks a year. Thus, “hyperventilation is given to one issue.” Cain said the number was just 14, which appears to be the number for part of 2019, according to Heather Mac Donald's commentary on USA Today.

Giving James a fair shake, Cain noted that the athlete has done a lot of great things. He started a school in Akron, Ohio, and he’s an amazing basketball player who gives to charity:

“But that does not absolve him from the terrible things he is doing. He’s tearing this country apart. He’s ignoring facts. He’s imposing a narrative on every situation. And the narrative is ‘racist, white cops’ praying on African Americans, literally hunting them down in the street. And that was one of the worst examples I can think of, where he just doesn’t care at all for the facts … ”

Travis interjected that in our nation of 330 million people, “facts and data don’t matter because we have a world that’s ruled by viral anecdote and athletes are succumbing to that world more aggressively than almost anyone. I think that LeBron believes what he is saying is true. He’d be blown away by the actual facts … “

Among the fear-mongering claims by James is that he’s afraid if his sons are pulled over by cops they may not return home.

People are more likely to be killed by the sting of a bee, wasp or hornet than by a police officer, Travis said. Nonetheless, “LeBron is spreading things that are fundamentally not true and he’s playing on people’s fears and to the detriment, as you [Cain] said, of the overall society. I mean, it’s awful.”