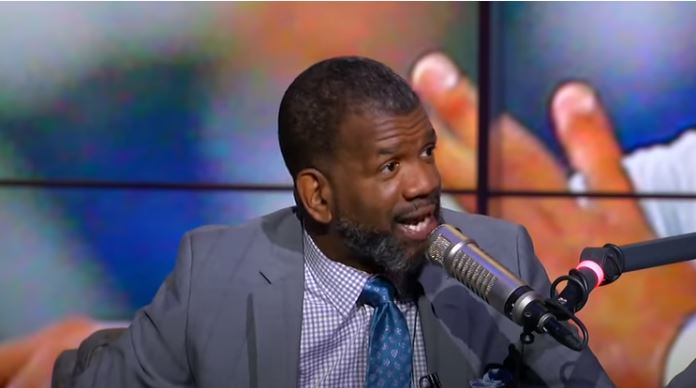 Media attacks on NBA legend Michael Jordan continue after his latest refusal in ESPN's Last Dance documentary to join the LeBron James generation of social justice warriors. Rob Parker, who works on Fox Sports radio and contributes to Fox Sports television programs, took to the Deadspin blog to label MJ as the W.C.B.O.A.T. — the Worst Conscious Brother Of All Time.

Parker is steamed that Jordan refused to speak up for Democrat Senate candidate Harvey Gantt back in 1990. In Last Dance, Jordan still would not admit he "messed up" by not supporting the man running against North Carolina Republican Jesse Helms. Parker laid into MJ pretty good:

"In the basketball world, for sure, Michael Jordan is the G.O.A.T. — the Greatest Of All Time.

"But in the socially conscious world, MJ is the W.C.B.O.A.T. — the Worst Conscious Brother Of All Time.

"And that’s saying a lot because Tiger Woods is still walking around on God’s green Earth."

Making things worse for Jordan was the fact that Gantt was an African American running against a man tagged by the Left as a racist. Jordan's own mom was supporting Gantt and urging her famous son to do so, too.

"Many black people didn’t buy it 30 years ago. And still didn’t get it this time around, either," Parker writes. He also says Jordan did not have to stick to sports; he would not have been hurt by endorsing a political candidate. "The same goes for now. In fact, Jordan would have probably gained some of the supporters back who still have an issue with him for turning his back on his people when he could have helped at the height of his celebrity."

In the past, Jordan's problem was that he was "young and dumb" and letting the "wrong white people" get in his ear. Even now, though, he falls far short of the activism of the late Muhammad Ali and LeBron James, the latter trouncing Jordan in a rout:

"LeBron spoke out in the Trayvon Martin tragedy and the Eric Garner death in NYC. Better yet, James hasn’t been afraid to take on President Trump. He even endorsed Hillary Clinton — publicly. And he’s tweeted at Trump, in an attempt to push back at the President’s sometimes nonsense."

Before the "white shirts" got to Woods, "whose picture is in the dictionary when you look up the term on the fence," the golf pro stood taller than MJ, too. He took on The Man in his first Nike TV commercial, speaking out about golf courses that didn't allow blacks to play there. "And then he became a card-carrying member of Switzerland on black issues," Parker said.

Parker was shocked when, earlier in The Last Dance, Jordan ripped his hometown of Wilmington, N.C., for racism. He's also built a medical center in Charlotte. Parker qualifies this with the comment, "Yet, when his OWN mother asked him for a favor, to help Gantt and the black people in North Carolina, he wouldn’t":

"Still, too often, influential athletes offer green, as in money, rather than attach their name to an issue for their people.

"For sure, nobody wants black athletes to be standing on their soapbox everyday, trying to solve all of this country’s ills. If they did, it would leave them little time to actually play ball.

"But there is a time and place when a prominent athlete can use their profile and platform to not line their pockets, but enrich the lives of people who look like them. And there’s nothing wrong with it."

Parker mentions Ali, who sacrificed his boxing career for what he believed in. While Jordan "couldn’t even lend his name to a noble man trying to better life for his people." Sunday's Last Dance airing proved to Parker that Jordan is the W.C.B.O.A.T.