Not Buying: The Players Tribune Struggling for Viewers, Funding for Social Justice Tripe 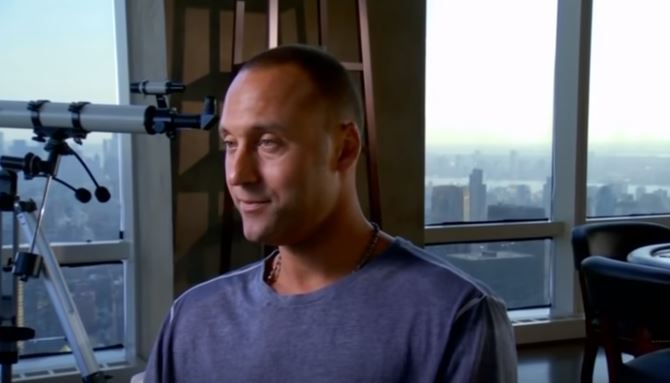 In a long and storied baseball career with the New York Yankees, former shortstop Derek Jeter never had much to say about anything. But as soon as he retired five years ago, he founded a blog, The Players Tribune, that speaks volumes about social justice, among other topics. He's scoring an error on that strategy, though, because his site is struggling to generate revenue and just took on a new partner to stop the hemorrhaging. In typical Jeter fashion, he glosses over The Players Tribune’s woes while highlighting social justice warriors in Thursday's five-year anniversary post, “The Next Five.”

To be fair, several athletes featured in The Players Tribune have been completely transparent about personal traumas like depression, drug abuse and child victimization. But it’s also become a place for NBA player Kyle Korver to blather on about white guilt, and Megan Rapinoe has been featured so often that the name could be changed to The Rapinoe Tribune.

“And Kyle Korver penned an essay on racism in America that I think is going to resonate for a long time to come.

“More than three million people read Kyle’s essay, which is pretty remarkable. But the whole reason that we created this platform wasn’t to chase clicks or to break news. It was to let athletes connect with the world in a real way, and maybe even create some positive change in it.”

The Players Tribune has run no less than 17 features on Rapinoe, the polarizing wildwoman of soccer!

A moment that “will never stop being amazing” to Jeter occurred last month. “A friend of mine sent me a video of Megan Rapinoe accepting the FIFA award for Women’s Player of the Year. Megan had been one of our first contributors, and now she was up there at the podium in front of the whole global football world. Megan did what she always does — she shined the light on the people who inspire her.” She thanked two huge international soccer stars, Raheem Sterling and Kalidou Koulibaly, for speaking out about the racism they’ve experienced in European football.

Rapinoe has been featured for why she identifies with Colin Kaepernick and started kneeling before women's pro soccer games (until the soccer federation banned that boorish behavior):

"But this is about more than just raising awareness. I know that actions must be taken to help bring about real change. Right now, I am reaching out to community leaders, corporate partners and leaders within the Black Lives Matter movement to figure out all the ways I can best support the efforts already in motion."

On July 2, The Players Tribune featured Rapinoe's girlfriend, WNBA player Sue Bird. As Jeter describes it, “Sue Bird wrote a love letter — to sports, to equal rights, and most of all to her partner, World Cup hero Megan Rapinoe." This post had one of the strangest titles ever for a "lover letter": “So the President F*cking Hates My Girlfriend.”

In 2017, Takeo Spikes, then with the San Diego Chargers, called on NFL owners, the league, the players union and activist players to collaborate on social issues and activism. He wrote: "It’s profoundly dismaying for me to see my former player peers — long after they have left the game — kowtow to NFL ultra-conservative, even reactionary, political convention."

"My brothers and sisters, EVEN RIP VAN WINKLE EVENTUALLY WOKE UP! It’s time to wake up and speak up! #Wakeup #StayWoke", Spikes ranted.

Jeter says in Thursday's post that, in hopes of reaching a new audience, he's formed a new partnership with Minute Media. CNN reports something he didn't say: the audience isn't too keen on the social justice stuff and "the going has become tougher recently." The Players Tribune is struggling for viewers and funding and has cut staff.

Gee, do you think people are trying to tell Jeter and his social justice warrior/writers to stick to sports?