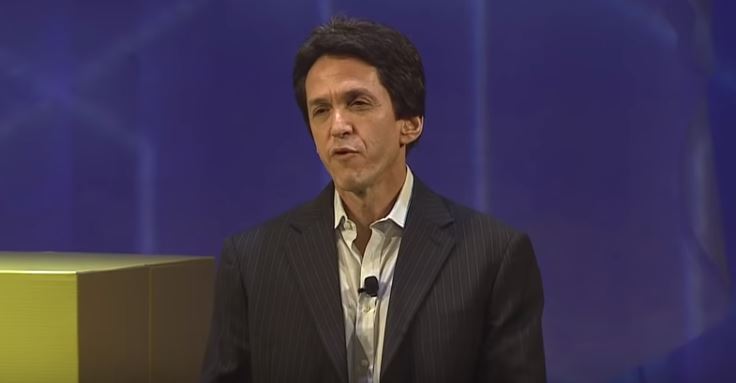 You know it's bad for the NBA when the media, who normally applaud the huge cultural icon for championing its social justice warriors, is getting slammed by the liberal media. On Sunday, Mitch Albom of the Detroit Free Press took the NBA apart for acquiescing to China's iron-fisted tyrants. While at it, he also characterized the normally untouchable SJW mouthpiece LeBron James as a money-talks hypocrite.

"You stand for something or you fall for anything," Albom (seen in file photo) writes. "Right now, the NBA, which has been so proud of standing for democratic principles, is having its spine tested by a marriage it couldn’t help itself from rushing into, because the bride was just so rich. China continues to seduce American businesses. But we’re starting to see the real price of all those billions."

That price is NBA executes and players alike abandoning the principle of freedom in order to appease China's ruthless regime.

China's awful reactions to criticisms over its despicable action in Hong Kong "almost pales in comparison to how the NBA reacted," Albom says. "China, we expect to ignore civil rights. The NBA should be better. Money talks."

The NBA virtually emulated China's policing of free speech, trotting out Houston superstar James Harden to appease the dictators and apologize for free speech, a hallmark of Americanism: "We apologize, uh, you know. We love China. We love playing here.”

"Way to stick up for your general manager [Daryl Morey, who started the controversy last week with a tweet in support of Hong Kong protesters], James," Albom writes, along with this lashing:

"The league itself put out a statement: 'We recognize that the views expressed by … Morey have deeply offended many of our friends and fans in China, which is regrettable.'

"Way to stick up for freedom of speech, NBA."

NBA Commissioner Adam Silver, an advocate of the league's social justice warriors protesting American policies, eventually defended Morey’s freedom of expression. That defense of free speech was fleeting, Albom points out: "But then his league canceled all media opportunities for the NBA players in China, effectively shutting down that very same freedom. This was after a CNN reporter dared to ask Harden a question about the issue, only to be told by a team official, 'We’re only taking basketball questions.'”

Albom compared the "woke" NBA's disgusting inconsistencies to the Soviets of the 1950s, for kneeling before China authoritarians who limit access to world communication and destroy those who speak against its government.

The NBA is like so many American CEOs made dizzy with greed, Albom continues, seeing massive potential Chinese profits. "Never mind that China’s government is so antithetical to American ideas, it ought to give them pause. Forget it. There’s so much money to be made! They’re like drillers in a massive oil field, giddy in their digging," says Albom.

In doing so, the NBA abandoned principle and distanced itself from the "defining word for America," the freedom Morey had tweeted about. "Morey was not only correct in his ideals, he was correct in his practice. One person. One voice. Making a statement. It was a tweet. He didn’t blow anything up. Yet it somehow required a week's worth of couched apologies and the mooting of American voices.

"This further illustrates the complicated web the NBA has crawled into with its insatiable desire to be "global." China now makes up 10% of the NBA’s annual revenue. It’s only growing. Shoe companies like Nike and Adidas are seeing massive growth in China, much bigger than they see here in America."

All of which shines a spotlight on LeBron James, an SJW of enormous stature and pitchman for Nike. James is loud about America's so-called failings, but has lost his voice when it comes to China's atrocities in Hong Kong.

Albom asks if James will "sit mute like Harden did, like others in the NBA are doing, because they’re all afraid of disrupting the giant money cart that China represents? ... Would James and fellow Nike endorsers have the guts to make even the simple statement that Morey did — knowing how much money Nike makes in China? If not, why should anyone listen when they selectively choose to decry something else?"