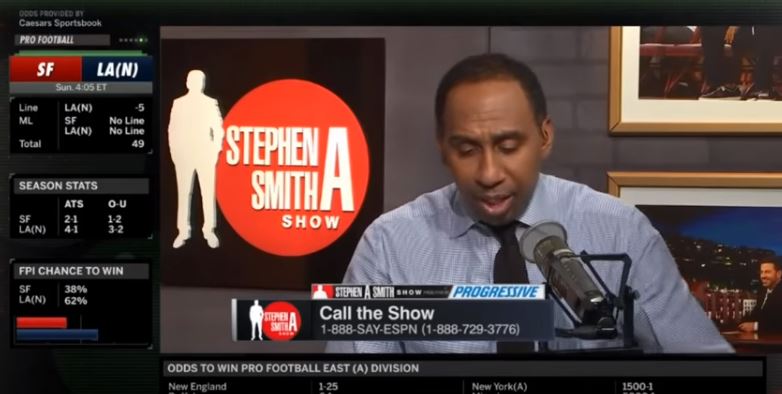 The NBA isn't the only organization drawing criticism for the China-Daryl Morey controversy. ESPN now looks like the Worldwide Leader in Sports Compromisers, as its television commentators treat the controversy with kid gloves. Deadspin's Laura Wagner points out that ESPN has a working agreement with Tencent, a large Chinese internet company that covers the NBA, and may not want to anger its partners.

ESPN and Tencent started their association in 2016. The Chinese company has since been localizing ESPN content on its digital platforms. After Morey, the Houston Rockets general manager, tweeted support for pro-democracy protesters in Hong Kong, China's state-run television network CCTV suspended broadcast arrangements for the NBA’s exhibition games in China. Tencent owns the NBA digital streaming rights in China and temporarily suspend its preseason broadcast arrangements. The woke NBA progressives caught major flak for prioritizing massive profits in China over the freedom movement in Hong Kong, and on Tuesday, Deadspin exposed ESPN for its sudden stick-to-sports approach.

With the relationship between ESPN and Tencent strained, ESPN opinion makers dropped the ball, Wagner writes:

" ... You heard talking head after talking head castigate Morey for sending the tweet, speculation over whether he’d keep his job, speculation about the sincerity of his convictions, discussions about what this meant for the Rockets’ bottom line, the observation that it’s unreasonable to expect for-profit companies like the NBA to act morally, and the non-take that cowing to China is simply the cost of doing business in China.

"What you didn’t hear was much discussion about what is actually happening on the ground with protestors in Hong Kong, why they’re protesting, or any other acknowledgment of China’s political situation, past or present."

Deadspin obtained an internal ESPN memo sent by Chuck Salituro, the senior news director, "mandating that any discussion of the Daryl Morey story avoid any political discussions about China and Hong Kong, and instead focus on the related basketball issues. The memo, obtained by Deadspin, explicitly discouraged any political discussion about China and Hong Kong. Multiple ESPN sources confirmed to Deadspin that network higher-ups were keeping a close eye on how the topic was discussed on ESPN’s airwaves."

On ESPN Radio, Stephen A. Smith (in photo above and video below) delivered what Deadspin describes as a "gem." Lauren Theisen, another Deadspin writer, said, "Smith yelled about how tweeting opinions on world affairs and supporting anti-authoritarian protests is childish, while taking a lot of awkward pauses in between half-formed thoughts."

Wagner's reviews of ESPN television were also critical of The Worldwide Leader In Sports Compromisers TV programs. Neither Highly Questionable or High Noon "elided any discussion about what exactly Morey was supporting with his tweet," Wagner complained.

Around The Horn's Ramona Shelburne drew scorn from Wagner for referring to, "People on both sides of this issue, whether you are in mainland China, Hong Kong, or around the world feel strongly about their positions." ESPN viewers were ill-served by Shelburne and the others "so thoroughly dancing around what is at the heart of this story," Wagner concluded.

Kevin Blackistone provided the high point for Around The Horn when he spoke about what's actually happening in China, Wagner notes.

Winding up her story, Wagner points to two possible explanations for ESPN going soft on China's freedom-denying government: "This particular story fits with (ESPN President Jimmy) Pitaro’s definition of politics and sports overlap, and yet ESPN execs still felt the need to send out a 'stick to sports' mandate in order to guide coverage."

The Deadspin writer also asks if ESPN's failing is based on Pitaro narrowing the window for political talk, or is ESPN 'worried about pissing off Tencent ... .'"