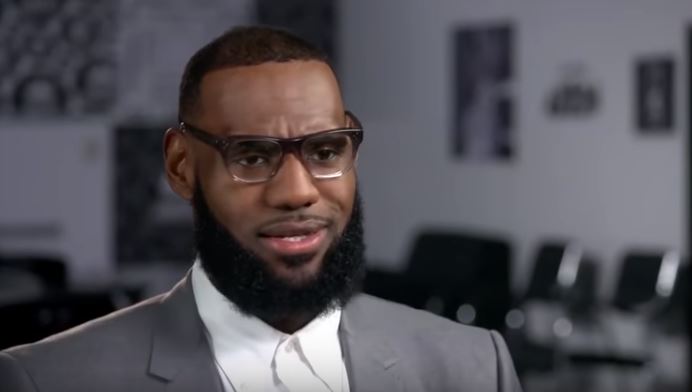 In a New York Magazine story claiming the age of athlete-politicians is coming soon, Will Leitch not only endorses the idea, but says a presidential ticket of LeBron James and Megan Rapinoe is already underway. Leitch is jazzed about the idea of athletes seeking public office — particularly those who are aligned with Democrat positions.

The founding editor of the Deadspin blog, Leitch says that, regardless of what happens next year, celebrities seem more likely to run for public office in coming years. And why shouldn’t athletes start running, too?

Leitch mentions that Dwayne "The Rock" Johnson's name has been bandied about as a potential presidential candidate. Big names like Tim Tebow, Peyton Manning, and Mariano Rivera have been tossed around in connection with political campaigns, too. It's rare, Leitch says, when athletes run for office, but current Ohio Republican Congressman Anthony Gonzalez as well as former congressmen Steve Largent (R-OK), Jack Kemp (R-NY), Heath Shuler (D-NC), and Tom Osborne (R-NE) and former Senator Bill Bradley (D-NJ) are among the few who've held offices.

It’s usually considered "a sort of consolation prize for the athletes, something to attempt to replace the competitive instinct of athletic competition as they get old," Leitch says. "It often involves being groomed by party activists (usually Republican) to be, essentially, a bland, smiling, recognizable stand-in willing to vote the party line."

Senator Bradley's reliable support for abortion and illegal immigration and his opposition to gun ownership, school prayer and enforcement of drug laws were party-line votes that don't count in this discussion ... apparently.

"We have not seen a player, right at the end of their careers (and thus at the height of their celebrity), flirt with politics, or even run, on the strength of that celebrity alone, save for Charles Barkley, who’s usually just doing it as a goof," Leitch writes. Barkley has previously mentioned running for governor in Alabama, but he never backed up that talk.

The time is ripe for jocks to jump full-force into the political arena, Leitch says. "There has never been a time when sports and politics have been so inextricably intertwined. From the NFL protests — which not only drew Trump’s ire but came this close to pushing Beto O’Rourke past Ted Cruz last year — to LeBron James [seen above in 2018 ESPN interview] and Stephen Curry fighting with the president on Twitter to the equal pay fight with the U.S. Women’s National Soccer Team to Big Macs for unpaid football players in the White House, there is nothing about sports that isn’t politicized anymore."

Athletes are realizing the power they have, in Leitch's view:

"LeBron was one of several athletes who hosted fundraisers for Hillary Clinton and will almost certainly do so again for the eventual Democratic nominee. Megan Rapinoe became a star at the Women’s World Cup as much for her statements off the field as her goals on it. Former WNBA MVP Maya Moore has actually put her basketball career on hold to dedicate her life to criminal-justice reform.

"Sports is at the center of every major American issue at this particular moment, from class to race to #MeToo to militarism to labor relations. Simply by being a high-profile athlete, you have an identifiable political platform, whether you want it or not ..."

The writer asserts, Rapinoe has "a clear, easily understood, deeply compelling political platform already, right now, simply because of what she did and said during the 2019 World Cup. Who has a better rationale to run for president right now: Megan Rapinoe or Bill de Blasio? Who has more to offer the country?"

Leitch now views athlete activism as part of the job description: "actually running for office." There are plenty of left-wing type of athletes he'd like to see in office.

Like Patriots' defensive end/social justice warrior Michael Bennett, retired NFL player Chris Long, or "even LeBron himself," who turns 35 in December and is "in need of something to do soon other than make Space Jam sequels." These athletes have the benefit of actually being personally affected by the issues they would run on, Leitch declares.

"The Rock 2024 may have simple, emotional logic to it. But Rapinoe-James 2024 may make more sense, and may be where all this is headed anyway. The campaign, in a way, has already started."