Erasing Kaepernick: The Nation Harps About NFL Moving On From Radical Ex-Quarterback 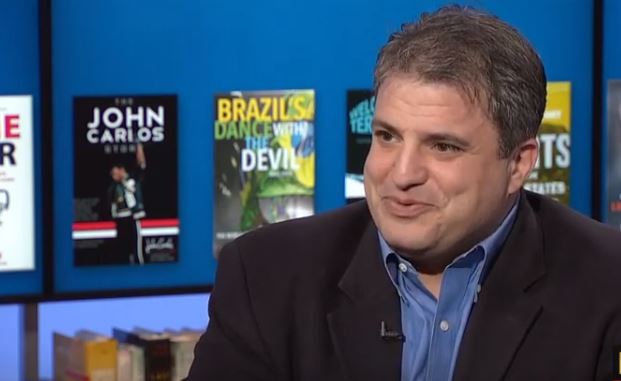 The NFL and its new partner, rapper Jay-Z, are trying to put ex-player Colin Kaepernick in the past and move social justice activities off the field. The Nation's sports editor Dave Zirin is fit to be tied about these developments. He is so mad at Jay-Z for supposedly selling out Kaepernick that he wrote two blogs this week to blister the man who agreed to become a new social justice partner with the NFL.

In one of the stories, Zirin accuses Jay-Z of "erasing" Kaepernick as the price of admission to become an NFL owner. In the second story, he charges that NFL owners are already "weaponizing" Jay-Z by targeting active protesting players.

The worlds of sports, social justice and hip hop are" still reeling" from the news that rap legend Shawn “Jay-Z” Carter, a "self-branded socially conscious billionaire," entered into a partnership with the NFL to serve as its live music entertainment strategist. Carter will also help direct the NFL’s “Inspire Change” social justice initiative. Zirin fumes about Jay-Z's press conference statement that we can "[Help] millions and millions of people, or we get stuck on Colin not having a job.”:

"With the subtlety of a blowtorch, they staged this presser on the third anniversary of Kaepernick’s first anthem protest. The message was clear: This was about turning the page on Kaepernick and any protest that would directly confront racism either in the NFL or on the platform the league provides."

Zirin (seen above in file photo) may never be ready to turn the page on Kaepernick. He ripped Carter’s suggestion that change happens by pressuring corporate power until it becomes “woke,” and "then they bring you in as a partner to enact social change. Carter was blessing the sincerity of the newfound social consciousness of a league that bankrolls Donald Trump, still resists hiring black coaches, and blackballs Colin Kaepernick. ... It’s the idea that the league feels empowered to take your livelihood if you dare step out of line."

Like-minded media were outraged by "this shotgun marriage," too, Zirin notes. David Dennis Jr., of Playboy, called the NFL-Carter partnership “a gut punch.” A New York Daily News headline read: “Jay-Z sold fire in Hell, and sold Colin Kaepernick out.” The notorious race-baiter Jemele Hill wrote in The Atlantic, “Jay-Z has given the NFL exactly what it wanted: guilt-free access to black audiences, culture, entertainers, and influencers”.

None of the NFL's latest actions are about social justice, Zirin goes on. News leaked out that Jay-Z will soon become part owner of an NFL team, "with designs on eventually being the first black owner in the most exclusive billionaire boys club in all the land." Is Shawn Carter a "sellout, or just a brilliant businessman creating progress by breaking into these rarefied corridors of power?" the skeptical Zirin asks. He concludes it's about erasing Colin Kaepernick as the price of admission to the good old boys' club. "Now Shawn Carter gets to multiply his fortune, and the NFL believes they will no longer be branded as racist, or have to schedule skim-milk Super Bowl halftime shows headlined by Maroon 5."

Jay-Z is a boss now, but Kaepernick's legacy defenders, the active player/protesters, are workers. Rather than standing up for workers, Jay-Z pulled off the "ultimate hustle" conducted by billionaires whose interests in social movements are dubious.

In the related post, Zirin accuses the Miami Dolphins of disrespecting anthem kneeler and wide receiver Kenny Stills, also a critic of the Jay-Z/NFL alliance. Stills is feeling the backlash from his own coach, Brian Flores, Zirin charges.:

"In a petty and passive-aggressive move, Flores began the first practice after Stills’s comments with a musical playlist that started with eight consecutive Jay-Z tracks. He dropped the playlist conspicuously during the first 30 minutes, when the media had access to the field. It was an apparent attempt to embarrass Stills in front of the team and the press, although the organization in damage-control mode made clear to reporters that this was all much ado about nothing."

The Nation sports editor says the Dolphins are laying down the law by playing Jay-Z recordings at practice: "The Rap God has been weaponized as a tool of management. These are truly bewildering times."