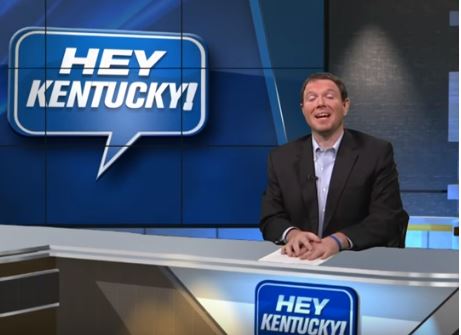 Reading more like a political action committee's website, The Washington Post sports section devoted a story this week to a progressive sports announcer's upcoming book aiming to discourage the 2020 re-election of Senate President Mitch McConnell (Rep-Kentucky). Ben Strauss wrote the story about a book-length rebuke of McConnell by Matt Jones, a "southern progressive populist," sports radio host in Kentucky and ongoing critic of the long-time senator. The book is co-authored by Chris Tomlin, not to be mistaken for the popular Christian singer Chris Tomlin.

Strauss's story details Jones' book tour while neglecting to identify the fact that it's actually an attempt to influence an election, complete with a visit to all 120 Kentucky counties to "make his case," Strauss writes.

What's the "case"? "McConnell has had a negative impact on the state he’s represented for more than three decades." Which brings us back to the issue of the Post behaving more like a PAC than a sports section.

Jones plans to speak to coal miners In Harlan county about unemployment and about benefits for black lung disease. He'll speak to Marshall County residents about McConnells's "resistence to gun control legislation" and a 2018 school shooting that left two people dead and 18 wounded.

Though Democrats have attacked "Big Tobacco" and coal, Jones blames McConnell for not being able to stop the decline of Kentucky's two largest economic engines, and he "did little to nothing to replace them, while also being maybe the most powerful legislator in the world.”

The Jones book ― and Strauss' story ― stoop to such pettiness that McConnell is also criticized for people getting cut off in traffic by his aides.

It's no wonder Kevin Golden, McConnell’s campaign manager, said Thursday, “Many people are familiar with Matt’s book report from its original title when they called it Elizabeth Warren’s stump speech.”

Strauss could have passed up the Jones book issue to avoid political bias, but he engages in total political partisanship by promoting a Democrat who says the book is "also a love story to my state."

The last time McConnell ran for re-election, in 2014, he and Democrat opponent Alison Grimes appeared on Jones' radio program. Things got very heated and the argument made national news.

The following year, Democrats tried to recruit Jones, a former attorney and law clerk in the D.C. circuit court, to run for Congress against Republican Andy Barr, but he got disillusioned with the political progress and declined the invitation. He's not so disillusioned anymore, though, and his book and accompanying tour are none-too-thinly veiled anti-McConnell campaigns.

To justify his deviation from sports, Strauss includes a quote by Jones saying, "Our politicians matter more to the country than our sports teams.”

The story does not include a disclaimer about stuffing Democrat politics down the throats of readers turning to the Post's sports section for sports.