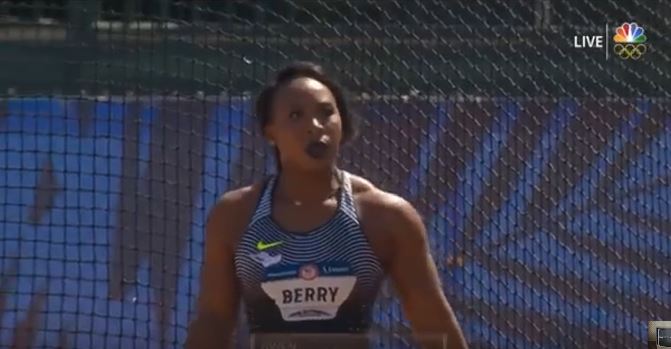 Athlete activism is both growing and diversifying, just in time for the 2020 Summer Olympics and the U.S. election, writes The Washington Post's Jerry Brewer. It's all the more reason for this sports columnist to stray from his lane and stick to the promotion of athlete/coach activism. "Could there be many displays that paint the ugly picture of divisiveness in America?" Brewer asks.

Brewer writes: "While motivations related to Black Lives Matter remain at the forefront of many athlete protests, a larger movement has developed, highlighting a multiplicity of societal concerns, transcending race, gender and sexual orientation."

All the signs of political mischief in the next Olympics are there. Firebrand women's soccer player Megan Rapinoe and her team will be playing in the 2020 Olympics. Outspoken Women's NBA social justice warriors will be there gunning for Gold in basketball. Two of the President Donald Trump's biggest sports critics ― Gregg Popovich and Steve Kerr ― will be there coaching men's basketball and holding court in pregame and postgame press conferences. Brewer writes that "you never know who might shock you. Or how they might do it." A compliant U.S. media will be ready to eat up everything activist athletes and coaches dish out. Brewer predicts ...

"There are so many others who will excel and give a human face to issues, and they are impossible to dismiss during the Olympics. Sometimes, if it’s just another copycat protest during the anthem, the story gets portrayed like a matter of accounting. Sadly, people become numb to it. But great characters exhibiting power, excellence and humanity still pierce their way into our consciousness."

The recent Pan American Games in Lima, Peru were tarnished by U.S. athlete activism, which could be a forerunner for Tokyo. To Brewer, protest "reentered public consciousness because of the audacity of two athletes representing the United States." During a medal ceremony and playing of the U.S. national anthem, gold medalist fencer Race Imboden kneeled and later cited racism, gun control, mistreatment of immigrants and President Trump as his beefs. For similar reasons, hammer thrower Gwen Berry (seen in file photo above) raised a fist near the end of the anthem.

The U.S. Olympic and Paralympic Committee has responded to these outrageous protests by declaring athletes’ eligibility hinges on refraining from political demonstrations. The committee is considering what to do about the Pan Am protests, and Brewer believes it will take extra measures to prevent protests in Tokyo next year.

Brewer is hopeful that athletes will use their opportunities to "blast through negligence and ignorance." He's looking for new and unique ways for the radicals to disrespect America.:

"It is most likely that, rather than an act, the 2020 Olympics will be defined from an American perspective by certain characters telling their stories, speaking their truths, standing up to criticism and emerging victorious whether you like them or not."

Brewer is looking for more of what Rapinoe did to politicize this summer's women's World Cup soccer tournament. "Think about Megan Rapinoe being unapologetically herself: a proud lesbian, concerned about many human rights issues, who refuses to stand down, seems to enjoy the verbal sparring with a president she doesn’t like and performs at the highest level amid the storm."

The Tokyo Games are 11 months away, and Brewer detects a "nervous anticipation. Some might consider that bad or threatening, but it’s nowhere near as worrisome as the issues they’re attempting to highlight. You don’t want acts? Do this one damn job: Listen better, care more, and elevate humanity."

While stomping on American exceptionalism, that is.