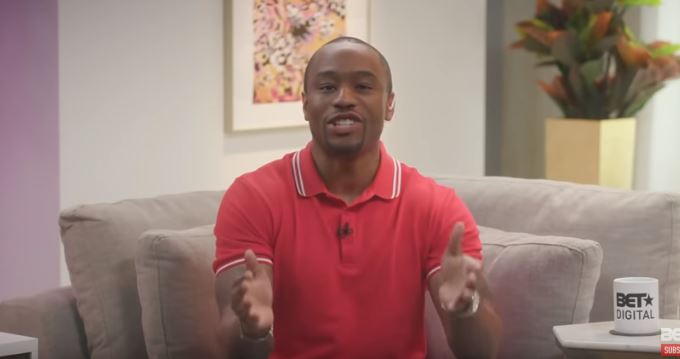 In an opening rant on his BET Black Coffee program Wednesday, host Marc Lamont Hill ranted and raved about the exploitation of athletes who are treated like slaves. Earlier this week, the NBA indicated a shift away from the term "owner" because of imagined racial overtones, and Hill came unglued by the reaction to that by white people.

Hill, an African-American, activist and professor at Temple University, is incensed that people don't get the ties between sports and slavery. Possibly because slaves didn't travel around the world on jets, own luxurious homes and command mega-salaries. Here's the opening to Hill's diatribe:

"Can we not act like sports is connected to slavery? I mean, the NBA decided they were no longer gonna use the word 'owner' to talk about the people who own the teams. They're gonna use the term 'governor' instead. And right on time, white people started like white people and saying, 'oh, my God! Owners own things! I can't own my car! I can't own my house now, the world's going crazy!' No, you can own things. You just can't own people."

Hill (appearing above in file photo) concedes that NBA owners don't go around saying they own athletes. But: "They just act like it! Look at the NCAA. The NCAA's structured to exploit the labor of athletes. So by the time we get to the NBA, they've already normalized the idea that they don't deserve to have agency or control over their own lives or bodies."

First, former Los Angeles Clippers' owner Donald Sterling, who was booted from the league in 2014 for blatant racist attitudes and statements, was known to walk his girlfriend through the team's locker room and fawn over black players in the shower.

Second, Cleveland owner Dan Gilbert wrote letters to LeBron James when he left the Cavaliers for Miami in 2010. Hill says Gilbert acted as if James had "left his plantation."

Third, fans were "outraged" when players like Kevin Durant, who joined the Golden State Warriors as one ultra-rich free agent in 2016, leave one team for another offering more money. "When in fact the owners make billions and enough to write those checks to the players who only get the millions!" Hill thundered in defense of people "only" accumulating unimaginable wealth.

"That logic says that we can control players whenever we want," Hill went on. "That's a slave mentality, and the word 'owner' doesn't change that. But it does reflect that, so this conversation we're having right now about why we shouldn't call them owners is part of a bigger conversation we have to have about how we have to stop exploiting athletes and see them as human beings instead." Very, very rich human beings.

More notably, race-baiting author William C. Rhoden wrote the definitive book on the subject: Forty Million Dollar Slaves. He derived the book title from a ridiculous comment by former Knicks' forward Larry Johnson, claiming to be nothing more than a "rebellious slave."