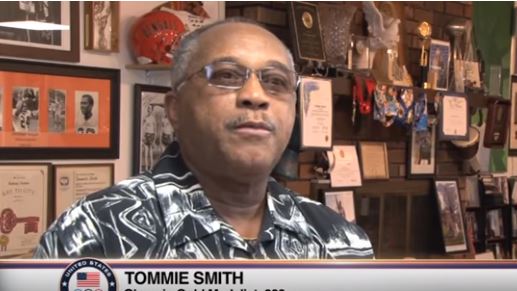 It's been 51 years since American sprinters Tommie Smith and John Carlos protested with a black power salute on the victory podium at the 1968 Summer Olympics in Mexico City. Smith just turned 75 this month, and the more time goes by, the more he is revered by those on the Left. Ricardo A. Hazell, senior contributor to The Shadow League blog, toasted Smith as a "legend" and an honored member of the academic community.

Hazell called Smith an athlete who, during the playing of the Star Spangled Banner in Mexico City, became a scapegoat and "vilified Olympian" who's taken a long road to that of "a celebrated representative of black dignity."

During the U.S. Olympic trials in San Jose that year, Smith set the world record in the 200-meter dash, lowering the mark to 19.92 seconds. The outrage he and Carlos generated after both won medals in the Olympics proved one thing to Hazell: "The message to me was clear, America didn’t think very much about black people or their achievements in the nation."

Before the '68 Olympic Games, Smith (seen in photo above and at right in photo below from 1968 Olympic protest) was active in the Olympic Project for Human Rights and called for a boycott of the Mexico City games because of South Africa, with its racist Apartheid policy, and Rhodesia. He also demanded that Muhammad Ali have his heavyweight title restored after dodging the draft. Though Hazell claimed it was due, in part, to Ali's conversion to Islam. 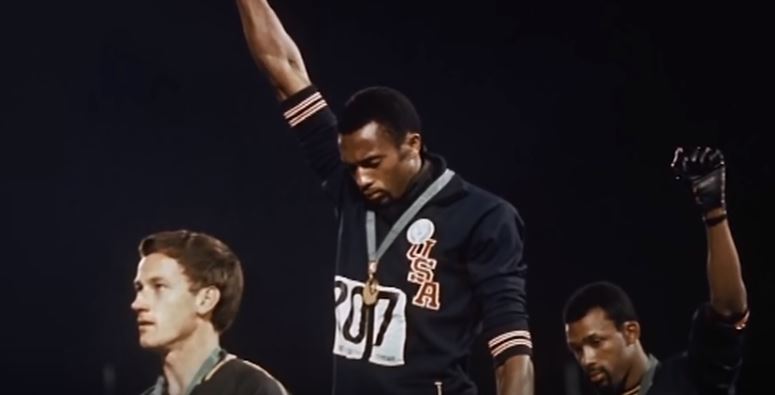 Hazell wrote that International Olympic Committee president Avery Brundage called for the suspension of Smith and Carlos from the U.S. Olympic team and he banned them from the Olympic Village. It was, Hazell claimed, "a typically privileged overstep by a scorned (sic) because he was challenged by a negro. When the US refused, he then threatened to ban the entire team. Again, another b*tch move."

Only America thought the Mexico City protest was bad, Hazell quoted an unnamed source as having said.

Smith and Carolos descended into poverty, which Hazell referred to as "their personal prison for decades."

Later, Smith earned a bachelor's degree in Social Science at San Jose State University and a masters’ in Social Change from Goddard College. Hazell recognized him as "perhaps the foremost authority on athletes and social justice in America, with many published works and TV appearances. He was entered into the United States National Track and Field Hall of Fame in 1978, perhaps timed to coincide with the bold move he made on the podium." He is also enshrined in the California Black Sports Hall of Fame.

Hazell concluded: "For this full circle moment, for his contributions in coaching, teaching and lecturing, and for just being one of the coldest older cats you’ll ever see, we celebrate the 75th birthday of a legend."