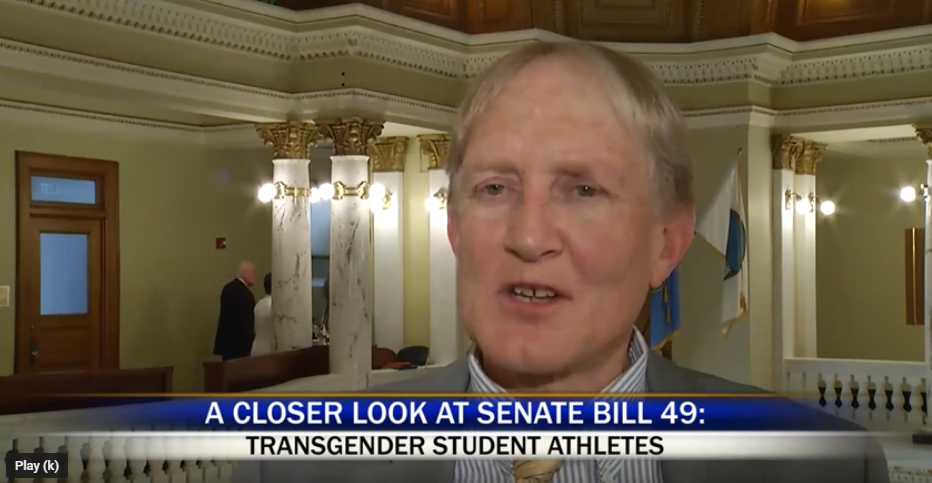 South Dakota lawmakers are debating a bill that would require high school athletes to participate on the teams of their birth gender, and predictably the LGBT's media allies are weighing in against the commonsense measure. Gender deniers SB Nation Outsports and The Daily Beast denounced the proposed law, Senate Bill 49.

South Dakota's prep athletic association currently allows a small number of students identifying as transgender to obtain waivers to compete on opposite-gender teams. Republican Sen. Jim Bolin, SB 49's lead sponsor, would stop that in order to assure "fair competition." His bill is patterned after rules in Texas requiring high school athletes to compete according to their birth gender, not their perceived gender:

The Daily Beast's Samantha Allen writes that "some lawmakers in South Dakota are trying to use sports as a weapon against transgender people in a bill that LGBT advocates warn could spawn a wave of copycats."

Allen's story includes a quote from Chris Mosier, the first transgender athlete to have competed on a U.S. national team and now a transgender activist, saying, “It’s really concerning that it’s so specific. It could be the first domino in many discriminatory policies.”

The unbalanced Daily Beast story did not include any quotes in support of SB 49. None of the girls in South Dakota who have lost starting positions on their teams to biological boys were consulted for their opinions in this or the SB Nation story.

Cyd Zeigler, an ultra-advocate of all things LGBT and sports for SB Nation Outsports, attacks SB 49 through a feature story on an anonymous sexually confused girl who is currently allowed to compete on boys' teams. "I’m a boy. I act like a boy. And it would be a bit weird to the girls if I were on the team," says the student identified as "Ethan." Zeigler complains, ''If passed the new law would force Ethan, a trans boy, to play high school sports on girls teams, a situation he would find untenable."

"Ethan" says she'll take her ball and go home if state law forces her to play on the girls' team.

Zeigler introduces several shoddy arguments in hopes of persuading readers that the state should not legislate against "Ethan."

For instance, SB 49 should not be on the docket because "Ethan's" school friends accept her new gender identity.

"Ethan" will soon begin hormone treatments to increase her testosterone level, and this makes her a "boy."

Bending gender, genetics and biology, Zeigler dismisses scientific realities: "Ethan" is a boy now in all facets of life. He wears boys clothes. He uses the boys restroom. And as of now he participates on boys sports teams. That could all change if a group of anti-trans people in South Dakota get their way. The fact is, Ethan is a boy. He looks like a boy traditionally looks. He acts like a boy traditionally acts. And while he said he doesn’t like his own voice, he sounded like a boy to me over the phone. Ethan is a boy."

Zeigler concludes that "Ethan" is fighting against "a mounting tsunami of misinformation about trans athletes like him. The legislature is relying "on fear" and stripping her of "the joys and life lesson of participating in sports and affirming who he is as a young man."

SB 49 was introduced January 14 and is scheduled for a hearing in the State Senate Education Committee Thursday.