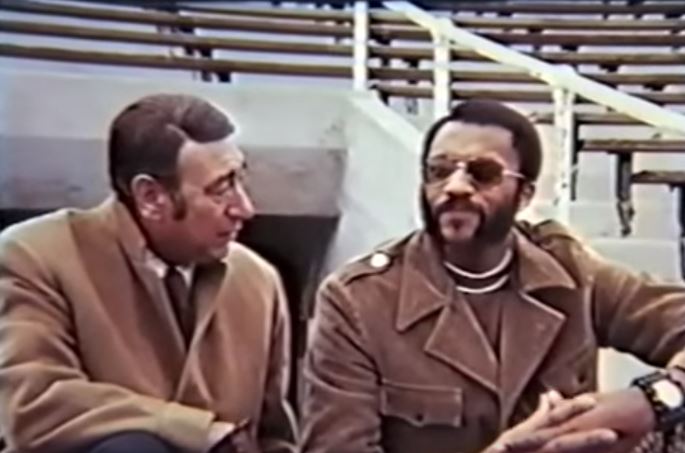 October 16 marked the 50th anniversary of the 1968 Olympic Games protest by U.S. sprinters Tommie Smith and John Carlos. Their black power salute on the medal stand at Mexico City angered many Americans and divided the media. But today, the united American media celebrates them as royalty. Media treat another athlete disliked by many, Colin Kaepernick, as the successor to Smith and Carlos as a social justice icon.

This week, Lindsay Sarah Krasnoff of CNN crowed: "The gesture by U.S. athletes Tommie Smith and John Carlos at the 1968 Mexico Olympics became one of the century's most iconic sports images, one now celebrated in popular memory as a progressive moment."

The Undefeated's Andrew Maraniss echoes CNN with this quote: "The black power salute by American sprinters Tommie Smith and John Carlos on a Mexico City medal stand at the 1968 Summer Olympics is one of the most iconic images in the history of sports activism. Even though the majority of Americans alive today weren’t born yet, it’s a part of our collective consciousness. We remember it, even if we didn’t experience it."

As Reuters reported in 2016, President Barack Obama honored Smith and Carlos at the White House. They have also been memorialized with a statue at San Jose State University.

With no internet or social media around in '68, news and media opinions traveled slowly after the Smith-Carlos protest. Maraniss goes into great detail to describe the media reaction back in that day.

Frank Reynolds, the anchorman of ABC Evening News, covered the story "in an empathetic fashion, giving no airtime to critics of the gesture ... ." ABC sports editor Howard Cosell, who interviewed Smith in Mexico City and years later at Oberlin College (see photo), blasted the International Olympic Committee, which ejected the sprinters from the Olympic Village:

“They say the games are sports, not politics, something separate and apart from the realities of life. The black athlete says he is leading a revolution in America, a revolution designed to produce dignity for the black man and that he is a human being before he is an athlete. He says his life in America is filled with injustice, that he wants equality everywhere, not just within the arena. He says he will not be used once every four years on behalf of a group that ignores what happens to him every day of all the years ..."

Reaction to Smith and Carlos “unrolled really slowly,” said College of New Rochelle professor Amy Bass, author of Not the Triumph but the Struggle: The 1968 Olympics and the Making of the Black Athlete. "It wasn’t an instant shock, which is what we assume it was.” The Los Angeles Times treated the protest as the bigger story; The New York Times did the opposite. Sports Illustrated did not run the photo in succeeding issues. Newsweek ran it on page 78.

The reaction by most white sportswriters at major media outlets was negative. Time magazine wrote that Smith and Carlos had transformed the Olympic motto of "Faster, Higher, Stronger into Angrier, Nastier, Uglier."

The Los Angeles Times' John Hall wrote that he was sick of apologizing for the likes of Smith and Carlos, who he said had a “whining, mealy-mouthed, shallow view of the world.” Newsweek's Pete Axthelm thought the protest "seemed fairly mild.”

Surprisingly black media were divided as well. Sam Lacy of the Baltimore Afro-American was embarrassed by the sprinters' Nazi "heil-like salute," which he found "childish and in poor taste." Los Angeles Sentinel reporter Booker Griffin called the protest “one of the greatest moments for the Afro-American in the 400 years of colonialization in this country.''

Today one is hard pressed to find any opposition to Kaepernick and other SJW protesters. When he started protesting during the national anthem in 2016, he said, “I am not going to stand up to show pride in a flag for a country that oppresses black people and people of color.”

Bloomberg's Albert Hunt predicts that 50 years from now Kaepernick "will be celebrated for the courage of his convictions while President Donald Trump will be vilified as a bigoted demagogue." The Undefeated says, "Fifty years later, Kaepernick has emerged as the successor to Smith and Carlos ... ."

Former NBA player John Amaechi said in the CNN story: "The very same experience that Colin Kaepernick is having now, it's the same experience that John Carlos and Tommie Smith experienced back then. It's amazing. All this time has passed, and there's nothing different about the response, because the status quo is wonderfully convenient."