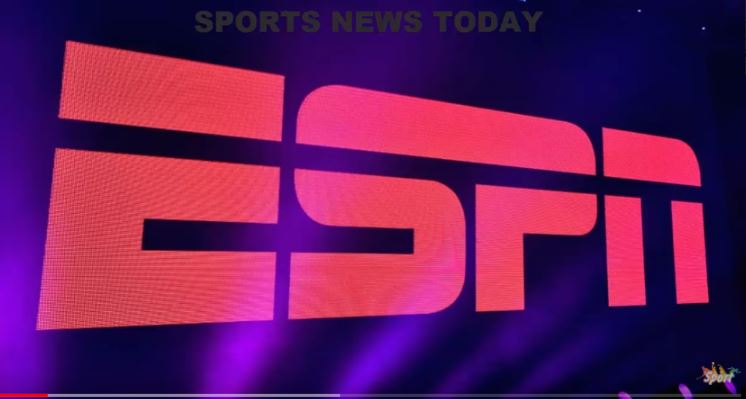 An ombudsman is a public advocate tasked by an organization with the role of representing the interests of the public by investigating and addressing complaints. In recent years, ESPN changed the title of its ombudsman to "public editor" and, in effect, used Jim Brady to whitewash accusations of liberal political bias and a sexist culture.

According to ESPN Front Row's Kevin Merida, the Worldwide Leader in (Liberal) Sports is discontinuing the position. Over the last few months, Brady's final posts persuaded himself and the ESPN brain-trust that there is no longer a need for a public editor.

ESPN President Jimmy Pitaro said the network is "not a political organization," so we can now rest assured that this is not a problem with the organization that fired conservatives Curt Schilling and Britt McHenry. Brady wrote that ESPN is a career destination for women who want to get ahead (save for a #MeToo woman now and then). No problems, no need of an ombudsman/public editor.

Merida said ESPN is merely following the lead of its ideological brethren at The New York Times and Washington Post, which had also discontinued the ombudsman role. The position "had outlived its usefulness," he said, "largely because of the rise of real-time feedback of all kinds." And Merida said the quality of journalism at ESPN is beyond reproach, too:

"While ESPN has valued the input and dedication shown by everyone who held the position, we too have seen how access to the Internet and its social platforms has created a horde of watchdogs who communicate directly with us to share observations and questions. Beyond our users, our multi-faceted newsgathering operation is made up of a diverse collection of seasoned journalists who engage in spirited discussion and respectful disagreement to land in the best possible place. No one holds our journalists to higher standards than we do.

"Our Editorial Board meets regularly and discusses current journalistic issues and best practices. ESPN’s commitment to quality, impact journalism is as strong as ever and we welcome the continued scrutiny our fans and critics offer and we vow to continue the dialogue."

The suggestion of spirited discussions and respectful disagreements at ESPN hardly inspires confidence. After all, can a "spirited" discussion really take place in a left-wing echo chamber? ESPN's online, television, radio and magazine productions consistently promote an unyielding, hardcore line of leftism virtually any time social and political issues arise in its coverage. Perhaps that spirit of discussion is merely a matter who will trot out the progressive banner today.

On March 23, Brady dispelled the notion that ESPN might be liberally biased:

"Yes, there are surely people who have canceled ESPN because they think it has chosen a political side. That doesn’t mean ESPN shouldn’t take seriously the thoughtful criticism of its perceived political move leftward. As I’ve written in previous columns, sports, culture and politics have always overlapped, so screaming that ESPN should 'stick to sports' might feel good, but it’s not based in reality. That said, in these troubled political times, I suspect consumers are looking to sports for escapism more than ever. So, while ESPN will, and should, cover the overlap of sports and politics, I see no need for it to force its way into politics when the connection is not direct. Additionally, ESPN needs to do better at reflecting points of view from across the political spectrum."

Ya don't say! To Brady, these so-called "troubled political times" didn't exist until after the progressive Barack Obama moved out of the White House and Republican President Donald J. Trump moved in.

Pitaro told a company-wide assembly: “I do not believe that we are a political organization. I know that a lot of conversation has happened within this company in the past year and I believe that we netted out in the right place, which is we are a sports media company. Of course, there is going to continue to be an intersection of between sports and politics and we’re going to continue to cover that. We’re going to cover it fairly and honestly. But we are focused on serving the sports fan.”

Make that the progressive sports fan. One survey showed that ESPN chased off many alienated Republican viewers. ESPN commissioned a survey and then withheld results showing 64 percent of respondents viewed it as liberal.

In his Dec. 22 post, Brady addressed a Boston Globe story detailing an "entrenched locker room culture" of sexual harassment at ESPN. But Brady insisted ESPN is "making progress" with women in sports (Jessica Mendoza broadcasts MLB games!), and he made no reference to a sexual harassment lawsuit filed by a former employee, Adrienne Lawrence. ESPN Radio fired hosts Donovan McNabb and Eric Davis over alleged sexual harassment of a woman when they previously worked for the NFL Network. Yet John Buccigross, accused of sexual harassment by Lawrence, remains on the air at ESPN.

So everything's fine and dandy at ESPN. Who needs a public editor?