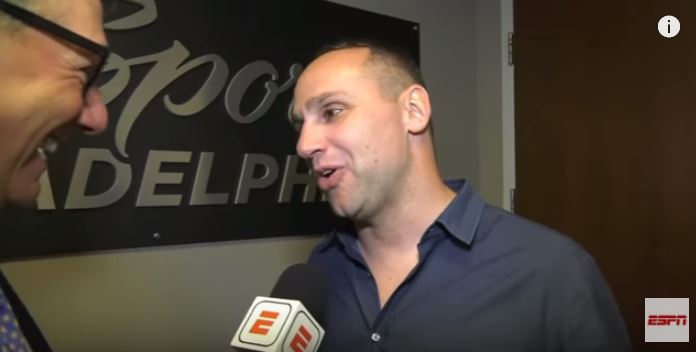 Josh Allen is white and a newly drafted NFL quarterback. Meek Mill is an African-American gangsta rapper with a criminal record who was released from prison this week. Both men have been on the sports pages a lot this year, and both have a history of going very public with n-laced rants. Sports media are celebrating one man and questioning the other's future.

Just prior to Thursday night's NFL draft, media were questioning Allen's pro football future because of his racist social media posts as a 15-year-old. Mill is a prolific recording artist whose career thrives on racial vulgarity, but the media are praising him as a great young man who was unjustly imprisoned. When the Philadelphia Eagles took the field for this year's Super Bowl, they did so to the sound of Mill's "Dreams and Nighmares," featuring 17 mentions of the n-word and a whole bunch of f-bombs, too.

The Washington Post's Jacob Bogage wrote, "Quarterback prospect Josh Allen is on an apology tour Thursday morning after old tweets with racially indecent remarks surfaced online mere hours before the NFL draft." As a prep, he tweeted these inappropriate comments:

“@cheriishhh: i dont think you n—– want a troubled son!”

These remarks, bad as they are, pale by comparison to Mill's history of racial improprieties. Allen, now 21 years old, phoned ESPN's Stephen A. Smith to apologize for what he'd done. Deadspin's Tom Ley called it an attempt at "damage control" by Allen. If there are any sports media talking about Mill and "damage control" they haven't done so publicly.

Pat Leonard, of The New York Daily News, wrote that Allen's past "could jeopardize the Wyoming quarterback's standing in Thursday night's first round of the NFL Draft. Allen apologized to ESPN after the tweets surfaced late Wednesday, saying he was young and dumb from 2012 through 2013 when he wrote them. But it remains to be seen how NFL teams react and if this last-minute twist causes Allen to slide. ... This time teams have almost 24 hours to check in to Allen's tweets, but that doesn't mean this won't scare them off."

Mill has been getting the royal treatment from media throughout this year. They're filing stories about pro athletes and team owners visiting him in prison and advocating for his release from the latest of his several parole violations stemming from drug and weapons charges.

Patriots' owner Bob Kraft said per NBC Philadelphia, "Every time I see him, I just come away more impressed. He’s very intelligent. And makes it clear to me we have to do something with criminal justice reform."

Several members of the Eagles' and 76ers' teams have rallied around Meek, calling for his release, complaining about "mass incarceration" and demanding prison reform. 76ers co-owner Michael Rubin gave Mill a hero's welcome earlier this week when he picked him up from prison by helicopter and took him to the team's NBA playoff game. Rubin said it was a "big day" for Philadelphia and there was hysteria over the rapper's release.

ESPN aired video of the helicopter transporting Mill away from the Pennsylvania prison. Media cameramen surrounded him as he emerged from the chopper. "Meek Mill is out, there he is, he just got out of prison. He's heading into a chopper," said an unidentified ESPN reporter in the play-by-play. ESPN's smiling Sal Paolantonio told Rubin (both pictured above, Rubin on the right), "The helicopter was a nice touch."

During pregame, the lights went down and a spotlight shone on center court and a replica of the Liberty Bell. The PA announcer yelled, "Ringing tonight's bell ... welcome home, Meek Mill! Supported by managing owner Josh Harris and Michael Rubin. Hit it hard! Give it up for Meek Mill and welcome home!"

Funny, but media and athlete complaints of billionaire, racist, white sports team owners have died down considerably this week!