Media, LeBron Take Aim at Ingraham Over 'Shut up and Dribble' Remarks 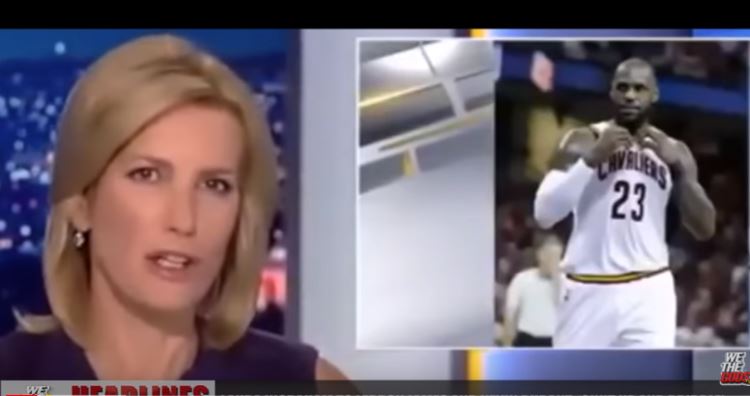 Note: The language in this story may offend some readers.

Left-stream media are circling the wagons around LeBron "King" James, a "political commentator disguised as an NBA star," after Fox News' Laura Ingraham told him and basketball player Kevin Durant on Thursday to "shut up and dribble." Her comment came on the Ingraham Angle Fox News show the same day they criticized President Donald Trump. Since the two athletes in question are black, the media verdict on Ingraham is, to the surprise of no one, that she's a "racist." "Ignorant," too.

On Thursday's Uninterrupted website video, James said President Trump “doesn’t understand the people, and really don’t give a fuck about the people.” A few months ago, he called the president a "bum" on social media. On Fox that night, Ingraham told the athletes to "shut and dribble."

Margaret Carlson, writing for The Daily Beast, came to the rescue of James, a "pillar of the community," and black athletes in general by blasting Ingraham and Fox News. Ingraham is "a right wing anchor of the sort Fox cloned until its sexual harassment scandal sent it’s most famous (Bill O'Reilly) scurrying for higher ground":

"In taking after James, Ingraham is in step with Trump whose favorite sports figures are white owners, coaches and quarterbacks. Commenting While Black violates the unspoken sports ideal where whites sit in the expensive seats watching blacks throw a ball for their entertainment expecting them to always be seen and not heard.

"She granted herself immunity to criticize anyone who veers into her lane of political punditry, rightly reserved for her and the High Church of Fox. She had no criticism when another sports celebrity, Tim Tebow former Denver Broncos quarterback who appeared in a pro-life commercial famously broadcast during the Super Bowl in 2010."

Carlson continued excoriating Ingraham: "Away from the klieg lights Ingraham might ask what Ronald Reagan, her former idol and boss, would do. There’s no explaining how she got from him to a blowhard nationalist with a spotty relationship to the truth like Trump, except in her desire to be with a winner and pass Fox’s loyalty test."

Ingraham also got dragged through the mud by Carlson for interviewing two black commentators Friday "to confirm that she was right to take on the uppity James deemed 'a clown' who should be 'fired by the NBA' and extol Trump as the jobs president for blacks."

In an angry commentary filed under the tag "media meltdown," Deadspin's Tom Ley headlined his criticism, "Fox News Host Laura Ingraham Blows The Dog Whistle On LeBron James." Implying Ingraham was using code language for racist sentiments, that was one of the nicer things he accused her of:

"Laura Ingraham is a Fox News personality whose job is to say nice things about Donald Trump and generally seem kind of impatient, a job that she carries off while exuding all the charisma and personal warmth of a clenched butt cheek."

Sam Amick of USA Today Sports gave Durant an opportunity to call Ingraham's comments "racist" and "ignorant. ... What does (skin color) have to do with anything?" Inghraham did not mention race in her comments. On Thursday's Uninterrupted web video he called Trump a poor "coach" for the country.

Trump hater Jemele Hill of ESPN's The Undefeated blog could not stay out of the controversy either, tweeting: "To insinuate he’s (James) not intelligent is appalling."

On Friday, Ingraham said James’ comments about Trump were a “drive-by hit” and said she would welcome a conversation about black unemployment, inner-city violence and school choice. Also: “If you’re a white NBA player and you said that stuff about Obama, you would never play again." Fox News issued a statement to the media Friday in which Ingraham dismissed the media's kneejerk charges of racism:

"If pro athletes and entertainers want to freelance as political pundits, then they should not be surprised when they’re called out for insulting politicians. There was no racial intent in my remarks – false, defamatory charges of racism are a transparent attempt to immunize entertainment and sports elites from scrutiny and criticism."

Ingraham has invited the "King" to come on her show and talk things over, tweeting, “Hey King, come play on my court next week. You’re invited on the show anytime.” James (#wewillnotshutupanddribble) should grace us all with an appearance on the Ingraham Angle. A self-centered self promoter who loves the limelight, he declared in response to the controversy: 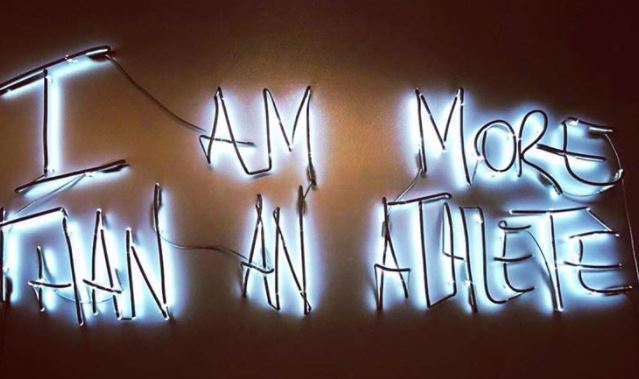