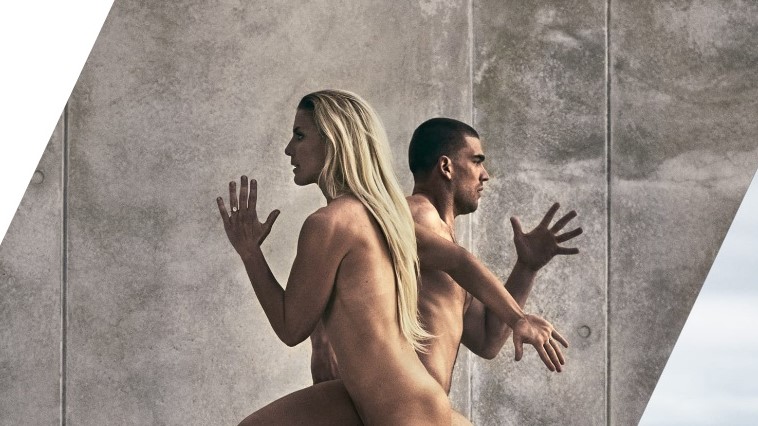 ESPN's latest controversy has nothing to do with politics or sports performance. The sports network is now resorting to nudity for magazine sales and internet clicks to lead the world in entertainment. ESPN magazine's "The Body Issue" presents 23 male and female athletes not only out of uniform but completely out of clothing. If your business is flagging, as ESPN's is, just resort to the lowest common denominator.

Putting the anti-Trump and LGBT agendas aside for the time being, ESPN's website is promoting the athletes-turned-exhibitionists in shocking athletic poses. Each is portrayed taking athletic stances or actions corresponding to their respective sport. Rear ends are completely exposed in several photos. Men and women hide their fronts, and women cover their breasts with their hands or arms. Very little is left to the imagination.

ESPN released behind-the-scenes photos from the ninth Body Issue is out, featuring 23 elite athletes all together in the altogether.

ESPN.com posted a photo and cutline about the nudity. ESPNW is displaying stories and videos on some of the participating nudists.

Olympic skier Gus Kenworthy told Real Clear: “My mom said, ‘You’re so brave,’ which is maybe not the reaction that I wanted.”

A female MMA fighter holds up her dukes as if fighting in the octagon.

In a video, skater Ashley Wagner discusses her best body parts, recovering from injury and career longevity as if she is discussing the weather.

This isn't ESPN magazine's first body issue; it's the ninth. It seems this crass outfit is intent on shocking people and distracting sports' fans attention away actual sports. Now when families attend a sporting event, their children may remark about the athlete that actually has his clothes on.

I encourage all parents with children in the home to adjust their computer filters by adding ESPN.com and espn.com/espnw/ to their blocked lists to protect them from this.

ESPN postures itself as culturally enlightening, but the truth is this morally bankrupt media organization is contaminating our culture and taking it downward.