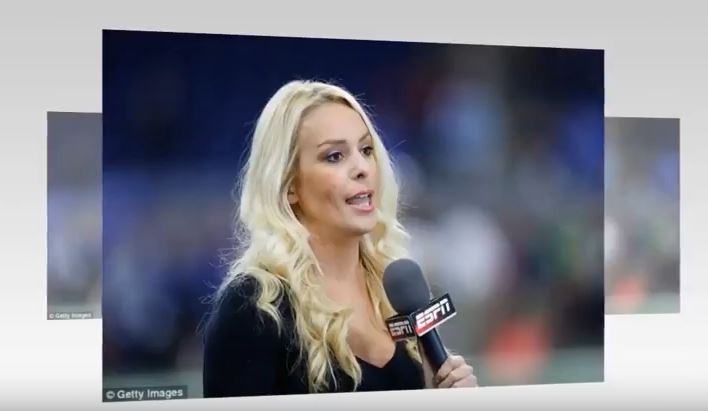 Conservatives not welcome here. That's what one former ESPN employee is saying after she was a victim of the sports network's layoff of 100 people two months ago today. New York Post reporter Hannah Withiam writes of conservative Britt McHenry's complaint about her ex-employer in a time when ESPN is stubbornly defending its liberal brand.

Withiam wrote: "The sports reporter, who was one of approximately 100 employees ESPN let go in April, suggested in a since-deleted Twitter comment Monday she knows why the Worldwide Leader sent her packing: She’s a conservative at what she apparently sees as a liberal network."

Apparently? No, most definitely liberal!

In that tweet, McHenry wrote: "I mean I’ve been openly Conservative… look how that ended up…” McHenry was responding to a recent (and spurious!) claim by ESPN that it's not liberal. The network commissioned a study of viewers, revealing 63 percent of them rate it "liberal," but its news release purposely omitted that fact.

McHenry is still job hunting after her three-year career at ESPN came to an end with the April 26 layoffs. She worked as a correspondent for Sports Center and "NFL Live."

Withiam's report continued: "McHenry has been both vocal and closeted in her political views. The 31-year-old attended a GOP event last December, for example, and captured the night in a photo of her and Paul Ryan she posted to her Instagram account — which she subsequently deleted. Last week, McHenry subtly 'liked' another reporter’s tweet mocking Colin Kaepernick for speaking out against the recent acquittals of police officers in the shootings of black men."

Last December McHenry was suspended by ESPN for a week for berating a person who was towing her car away. The Left-stream media crucified her for that, even though she apologized.

This doesn't obscure the fact that free speech is an affront to ESPN. And these McHenry tweets, stating her conservative credentials, did not help her avoid the trap door two months ago:

Not only do hardcore radical leftists, like Jeremy Schaap, escape the network's layoffs unscathed, but their biased, progressive activism is openly flaunted.

Many have cited ESPN’s alleged liberal bent as a reason for the network’s subscriber losses, including some like Linda Cohn who are still employed by the network. But on the flip side, personalities such as Cohn and Sage Steele — who was described by Travis as “a prominent conservative voice” — both survived the network’s layoffs, with Steele receiving a public vote of support from ESPN President John Skipper himself.

Yes, Steele survived the cuts, but she was abruptly pulled from the network's NBA coverage just as the playoffs were ramping up.