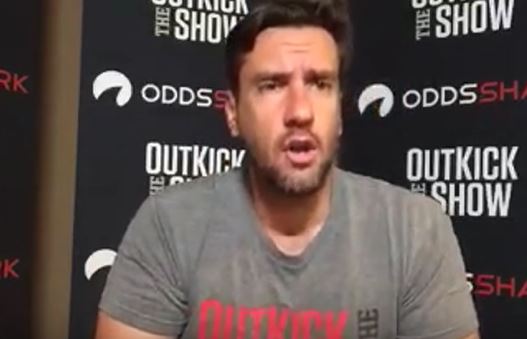 In the 21st century, no sports free agents have been covered more than LeBron James, Peyton Manning, Brett Favre, Kevin Durant and ... Colin Kaepernick. The first four are in or headed for their respective Hall of Fame. Kaepernick, a free agent quarterback trying to help Black Lives Matter move the ball forward, gets a ton of press only because left-wing media are using him to advance their own political beliefs.

Clay Travis, writer for Outkick the Coverage, hammers that theme hard in his latest column. He asserts that "in the entire history of sports free agency, no one has ever been covered more who mattered less than Colin Kaepernick. The fevered coverage of Colin Kaepernick is about biased left-wing sports media, 96 percent of whom voted against Donald Trump in the 2016 election, blatantly rooting for Kaepernick to be signed and calling out the NFL, NFL teams, and NFL personnel for the fact that he remains unsigned."

Travis writes the kool-aid drinking left-stream media "media has completely abandoned the notion of objectivity in reporting when it comes to Kaepernick. Never have we seen so many in the sports media cast off all pretensions of objectivity in favor of rabid rooting and endorsement of Kaepernick."

Kaepernick is way too much ado about nothing, Travis writes:

There is no athlete that has ever mattered less and been covered more than Colin Kaepernick. How bad is it? Colin Kaepernick makes the NFL coverage of Tim Tebow, another running quarterback who NFL defenses figured out, look downright spartan.

Furthermore, according to Travis, NFL teams don't need distractions from substitute players. "NFL teams want back-up quarterbacks to be like children in the 19th century, they want them to be seen, but not heard."

The agenda-driven left-stream media doesn't get it though. They don't "cover sports stories any more; sports are an opportunity for many 'journalists' to advocate for own their left wing political opinions through the world of sports. That’s the only way to explain how Kaepernick is one of the five most covered free agents in the 21st century."

There is also a "white guilt" factor in play, Travis claims. Many in the sports media are afraid to criticize Kaepernick out of fear they will be called racist. Travis, however, is not afraid of drawing a racist label. And he doesn't share the Left's worldview.

Travis thinks he alone is opposing Kaepernick's candidacy for an NFL job. He criticized media comparisons of Kaepernick with the late Muhammed Ali, but Jason Whitlock, of FoxSports 1, also blasted those who made that weak argument. Newsbusters has consistently exposed left-wing bias over Kaepernick.

1 The former 49er isn't even a top 30 QB, "yet he’s now probably the most covered NFL free agent in the history of the sport. All because of the left-wing beliefs of the sports media. How insane is this? And how insane is it that no one else has pointed out this insanity?" The writer also speculated that "MSESPN" and other networks also aren't interested in hiring Kaepernick because "his problems exceed his talents."

2) "There’s no grand conspiracy working against Kaepernick in the NFL, he’s just not good enough to be a starter and his protest makes him too much of a distraction to be a back up. Anyone in the sports media arguing anything else isn’t really arguing about Kaepernick at all, they’re just using sports to argue for their own left wing political opinions."