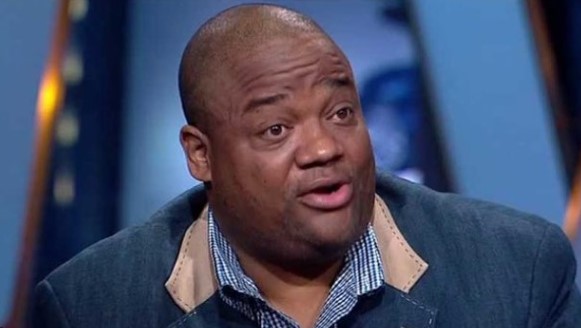 Ever since ESPN sacked 100 on-air employees and sent them packing April 26, conservatives and leftists have debated the reason for the network's latest round of layoffs. "Cord-cutting," say those on the Left, as well as ESPN management. "Radical turn-off politics," say the conservatives.

Now Jason Whitlock, a former ESPN employee, adds a brand new twist to the debate. The co-host of Fox Sports 1's "Speak for Yourself" says the Gawker-affiliated website Deadspin actually pushed ESPN out on its left-leaning ledge.

Writing in The Wall Street Journal Sunday, Whitlock says the cord-cutting argument is accurate but incomplete. He writes that ESPN lost a decade-long culture war to Deadspin, "a snarky, politically progressive sports blog launched by Nick Denton in 2005."

Whitlock, who worked at ESPN for several years, writes Deadspin "significantly elevated the price of implementing change at ESPN." The often-caustic blog mastered the ability to gin up faux outrage on Twitter. Its writers trolled ESPN people and "particularly delighted in exposing alleged sexual malfeasance among ESPN employees."

Additionally, Whitlock writes: "On the plus side, Deadspin’s exposure helped end ESPN’s sexually charged frat-house atmosphere. But it also extinguished the network’s risk-taking culture and infused it with strict obedience to progressive political correctness."

Rather than filing lawsuits against Deadspin, "ESPN chose to acquiesce and adopt progressive ideology and diversity as groundbreaking business innovations. ESPN is the exact network Deadspin desired. It’s diverse on its surface, progressive in its point of view and more concerned with spinning media narratives than with the quality of its product."

Deadspin writer Kevin Draper blogged that his organization had emerged victorious over ESPN and celebrated the network’s firing of Curt Schilling and targeting of nonwhite and female viewers.

Whitlock said that change in the culture at ESPN is at odds with “old-school viewers." And it supports ESPN anchorwoman Linda Cohn's April radio interview comments that ESPN’s liberal bent hurt the network. And, she said, “If anyone wants to ignore that fact, then they’re blind.”

Whitlock's article is drawing a lot of attention on social media, where Business Insider Deputy Editor Dave Smith -- not one of the old-school opponents of ESPNLeft -- Tweeted that Whitlock is advocating "for the destruction of a free press."

Also, SiriusXM Radio, Luke Thomas interviewed Whitlock about the WSJ article. Thomas asked Whitlock if the sports media is experiencing a cultural shift and it's not so much an ESPN/Deadspin thing.

"You go after the highest hanging fruit," Whitlock responded. "Of course you (Deadspin) go after ESPN and you move the rest of the media."

Whitlock said the opinions he expressed at WSJ are based on observations he's had since 2007, when ESPN executives started becoming very obsessed with and fearful of what Deadspin was doing. Those tactics "scared the hell out of ESPN, and in my view, scared the hell out of most of the media." Media did not want to be in Deadspin's crosshairs and the "unethical" tactics it was taking to embarrass people. ESPN tried placating Deadspin to evade the constant attacks. "They acquiesced and adopted their values."

"Deadspin walked you [ESPN] into a quagmire and distracted you from business. Executives mistakenly thought, 'If I adopt these progressive policies that's innovative.'"

Along with fear of Deadspin, Whitlock said, media executives became overly fearful of social media criticisms. There was an over-emphasis on what "Twitter lynch mobs" were saying and a tendency to panic and make bad decisions, Whitlock said. "ESPN was suspending everybody for things that used to just require an on-air apology. Deadspin started making people pay a price for that, I worked there, and it changed the culture. ... Mission accomplished."

On the radio interview, Whitlock also acknowledged "a lot of dissatisfaction by ESPN viewers about the politics, and that's bad business, too, which will accelerate and accentuate your business losses."