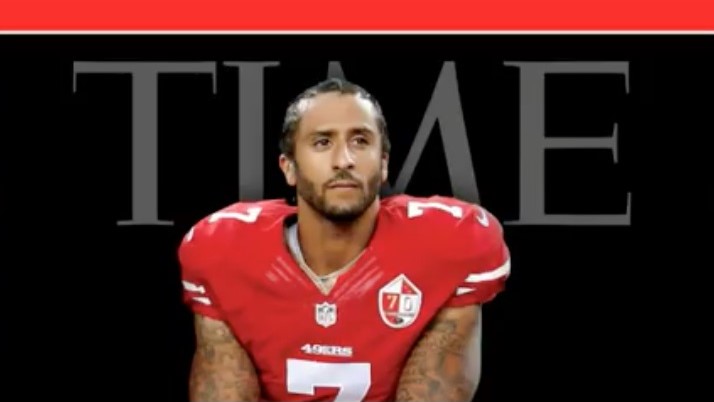 How can NFL teams possibly conceive of drafting college players under suspicion of having committed heinous crimes while leaving the great humanitarian/champion of free speech Colin Kaepernick out in the cold? That's the question USAToday writer Christine Brennan wants answered.

Kaepernick, the former 49er QB and current free agent and Black Lives Matter activist, remains unemployed, but NFL teams drafted some collegians last week who have been accused of physical or sexual assault.

Trying to paint her readers into an either/or corner, Brennan asked: "What does it say about the NFL, and about us, when at least a half-dozen men who have been accused of physical or sexual assault have been welcomed into the NFL over the past week, while Colin Kaepernick still has not?"

The Oakland Raiders selected Ohio State's Gareon Conley, under investigation by Cleveland police for an allegation of rape. Their AFC rivals, the Cincinnati Bengals, took Oklahoma running back Joe Mixon, videotaped doing a Ray Rice imitation by knocking out a woman with his fist. Just lovely gentlemen and role models -- of course not. However, it's not an either/or choice between Kaepernick and the new draft picks with the heavy baggage.

Brennan considers Kaepernick a role model, practically a choir boy. "But to fail to acknowledge – and even celebrate – that what Kaepernick did was his right as a U.S. citizen is to ignore one of the reasons the United States is the great and free nation that it is," she wrote.

Brennan wants to know if Kaepernick is less desirable as a member of an NFL team than the accused mentioned above. "As of now, it appears the answer is yes," she complains. "No matter how much some of you might despise Kaepernick for what he did last season, you have to admit that’s a stunning arrangement of values."

As far as Brennan is concerned, Kap is practically a shoo-in for Walter Payton Man of the Year Award. If he can just get his hands on an NFL contract. She extolled the virtues of the man who "was standing outside a New York City parole office, handing out two boxes of his own custom-made suits to men who needed them for upcoming job interviews. He has donated hundreds of thousands of dollars to charity." She also gives him bonus points for announcing that he will not protest the national anthem next season! Without a roster spot on an NFL team, however, Kaepernick may do the standing in his own living room.

Brennan switched gears by bringing in "noted sociologist" Harry Edwards for backup. He's an emeritus professor at the University of California, Berkeley and a co-engineer of the “Revolt of the Black Athlete” in the late 1960’s.

Edwards predicted that Kaepernick will get an NFL job this season. “It would be in the league’s interest for that to happen, to not create a martyr out of him, especially when they have people on teams accused of rape and knocking women out. He was just named one of the 100 most influential people in the world (by Time magazine). Give me a break. If you’re the NFL, you want him on a team.”

No paragon of virtue, TIME is the same rag that once said of the late Cuban butcher Che Guevara, "he remains the potent symbol of rebellion and the alluring zeal of revolution."

But what if Edwards is wrong and Kaepernick does not play this fall? His answer to that question is priceless.

Edwards: “If for whatever reason Kaep is not on a roster during the preseason and for the regular season, I think that the league should offer him another position – deputy commissioner – if for no other reason than to have his input and perspectives on the management of emerging situations.” (emphasis added)

What might those "emerging situations" be? Well, Al Sharpton and Jesse Jackson are getting up there in age. As NFL deputy commissioner and liaison to Black Lives Matter, Kaepernick could be the next great race hustler.