Astrophysicist Neil deGrasse Tyson is known for his succinct explanations of esoteric scientific concepts, and his derision of anyone who questions the left’s cult of climate change. However, it appears his recent responses to three allegations of sex abuse or misconduct are not so succinct, and the #MeToo derision is all but absent. 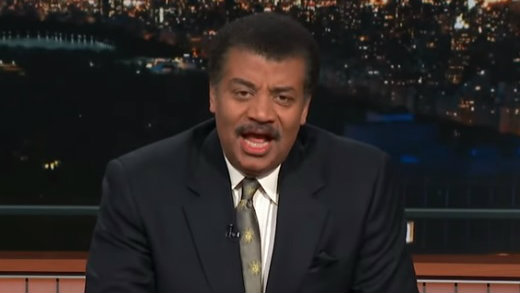 According to Huffington Post on Dec. 2, Tyson issued a Facebook post several paragraphs long last Saturday in which he denied all three claims and offered his own version of the events. He leads off quite sensibly:

“For a variety of reasons, most justified, some unjustified, men accused of sexual impropriety in today’s “me-too” climate are presumed to be guilty by the court of public opinion. Emotions bypass due-process, people choose sides, and the social media wars begin...In any claim, evidence matters.”

If this reasoning sounds familiar, that’s because it is. When Justice (then Judge) Brett Kavanaugh was at the mercy of the Senate Judiciary Committee over a month ago and was faced with three unverified accusations, he and his defenders simply wanted the committee to rely on corroboration and not emotion.

But Kanavaugh was and is in a position to impact law. Tyson is not. Besides, he’s a liberal in good standing. The #MeToo crowd and its most vocal activists have been silent on Tyson’s situation. Lefty media outlets Slate and The New York Times (among others) have been on top of it, but not with anywhere near the vitriol reserved for a conservative man. Even worse, Tyson made an appearance on The Late Show with Stephen Colbert last week, despite the fact that the first claim -- a rape accusation -- was still hanging over his head at the time.

Tyson’s defenses actually seem to corroborate portions of his accusers’ stories. For example, one allegation was made by a female former Production Assistant of his who asserted that he had tried to pressure her into having sex with him during a wine and cheese night that he had invited her to exclusively. Tyson’s statement confirmed that this event had happened, but denied that he had tried to seduce her.

If we’re supposed to believe all women, Tyson’s case seems a better place to start than Kavanaugh’s.