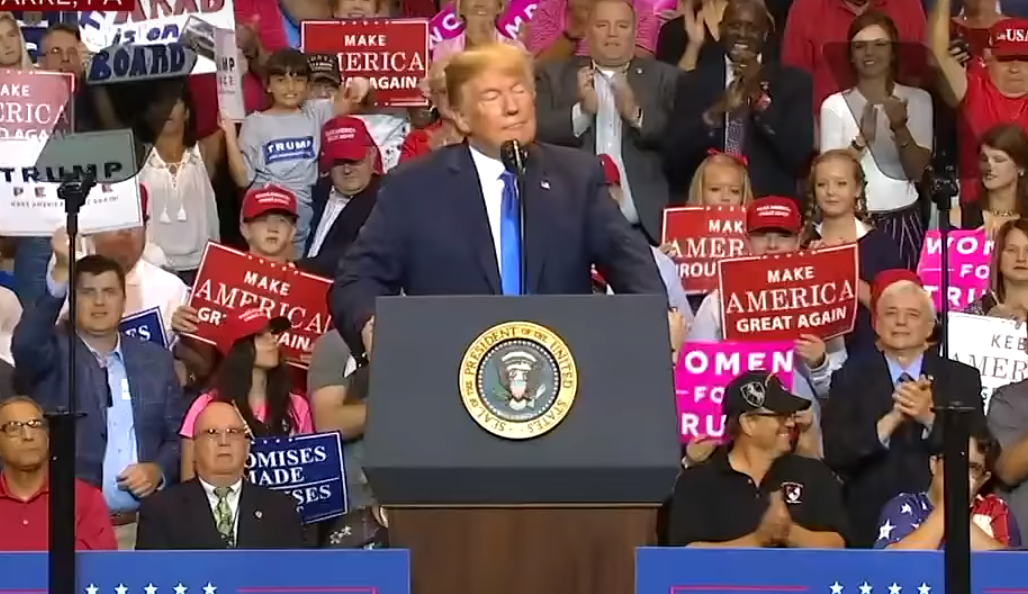 “White people” are willing to use all means necessary to preserve their privilege, according to some liberals, and that includes destroying democracy.

While interviewing professor Steven Miller and research scientist Nicholas Davis about their new book White Outgroup Intolerance and Declining Support for American Democracy, Salon writer Chauncey Devega discussed “racism and authoritarianism” in America. Exploring this issue in light of the shifting demographics in the country, Devega and the two authors suggested the possibility that white people could pose a threat to how the country is governed.

Of course, as liberals like to proclaim, the apparently rampant racism current in America is due to Trump, who ran his campaign under a “racial filter” which “paid off for Republicans in a fairly short turnaround.”

“To be clear,” Miller qualified, “Not all Trump voters are racist or xenophobic. However, Trump's racism and xenophobia were not enough to dissuade them from voting for him.”

Now under the current shift to a “majority-minority,” and taking into consideration that a black president was recently elected, Americans with a “sufficiently high attachment to their white identity” feel threatened, Miller said, and “fear what this change in relative status will do to their material well-being.”

“This leads to a negative evaluation of democracy,” he explained, “because democracy, by design, empowers the minority.”

As Miller claimed later in the interview, “Republican voters hate their party’s fiscal policies but will vote for them anyway when bundled with the white identity politics.” And in fact, according to Devega, white identity politics is a means by which “the Republican Party [has] maintain[ed] control over its voters,” possibly because many “white Americans value the privilege conferred on them by skin color more than they value democracy.”

This attachment to white privilege is even connected to the very idea of “American exceptionalism,” Davis observed, seeing that throughout history, America has thrived off of oppressing minorities.

Now Trump has tapped into that, and the threat whites feel by the demographic has lead them “to abandon ‘the false dreams of equality and democracy’ … and makes them more open to autocratic alternatives for the country.”

Though the article did not proclaim the death of democracy, as the Salon headline suggested, “the danger is real.”