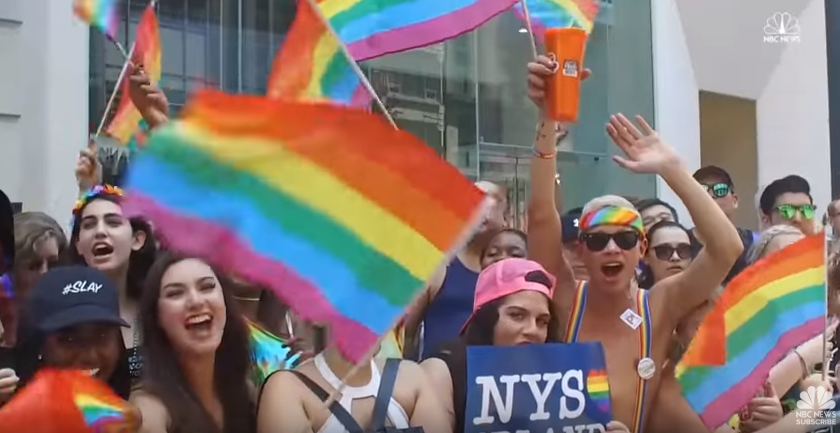 The LGBTQ movement tries to paint itself as the reasonable side of the discussion, but its confused, pugnacious arguments often manifest the opposite.

On June 6th, The Daily Beast published an article by legal affairs columnist Jay Michaelson with the headline, “If Trump Won’t Proclaim Pride Month, Let’s Proclaim LGBT Rage Month Instead.” In the article, Michaelson, a member of the LGBTQ community, complained about how “our president and his staff have been unable to issue a meaningless proclamation that June is Pride Month,” and ranted against Christians and the Trump administration for their opposition to the LGBTQ movement.

Michaelson, as the headline suggested and the article confirmed, was angry. And there is nothing wrong with being angry, unless anger makes one inconsistent and hypocritical, that is.

At first, Michaelson, claimed that saying “Happy Pride!” to someone is a “greeting about as controversial as ‘Happy Mother’s Day,’” and that the administration should just declare Gay Pride Month because it would be a simple “meaningless proclamation.” First of all, has he seen the news recently? Gay pride, as liberals define it, is still a controversial issue.

Regardless, after stressing President Trump’s failure to issue a “meaningless proclamation” about gay pride, he backtracked to say “Pride Month is a symbolic gesture” and that “Trump’s non-declaration of Pride is a symbol backed up with countless substantive attacks on LGBT equality and freedom.” So what Michaelson first called a simple “meaningless” gesture would, by his own words, also symbolize  Trump supporting gay rights? Can’t have it both ways.

Michaelson’s comments then turned from contradictory to hypocritical. He had it out for Christians throughout the whole article and accused them of holding that gays “aren’t anybody—we aren’t gay, we certainly aren’t trans” and that “‘who we are’ is a mistake.” Yet in almost the very next line he proceeded to call God, who is at the center of every Christian’s life, “the Imaginary Man In The Sky.” So it’s not okay to call people fake…unless they’re Christians. Got it.

Although Michaelson listed events and policies to back up his point, what the point was was unclear. He couldn’t even figure out who he was attacking. At first, “our president and his staff” were “too beholden to bigots who deny that LGBT people even exist.” But then Michaelson did not “even blame the White House for adopting these Christian Right lies” and attacked “those willfully ignorant folk who say that LGBTs are doing just fine under Trump/Pence.” But by the end, he was attacking the administration again. As was quoted earlier: “Trump’s non-declaration of Pride is a symbol backed up with countless substantive attacks on LGBT equality and freedom.”

Michaelson may have wanted to advocate for an LGBTQ “Rage Month,” but it sounded more like he was promoting a month of disorganized arguments.