You know what? If I can’t cut it in the professional acting world as a man but can transition and try my hand at success in the field as a “woman,” maybe that is a good career move. After all, I could reach the heights of fame and fortune and then also mainstream culture would praise me for my bravery in removing my genitals. 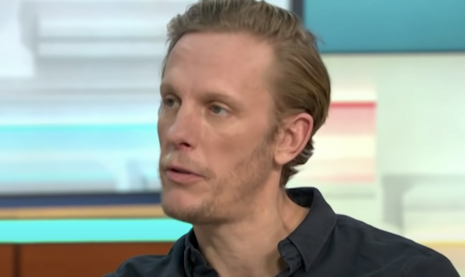 If you can’t beat ‘em, join ‘em. At least that’s the joke that was made by British-actor-turned far-right political pundit Laurence Fox in a recent tweet.

In a bit of pointed satire aimed squarely at woke Hollywood, Fox tweeted that he is now identifying as a “trans-racial actress of color” who expects to have an Academy Award-winning career from this day forward.

And honestly more power to the “Reclaim Party” leader. If a man can identify as a woman and win a Golden Globe in a female acting category, beating out Jennifer Aniston and Elizabeth Moss, why shouldn’t anyone take Fox at his word?

His tweet, posted on March 23, read, “Some personal news. I am a woman. My name is Lauren Foxx and I am a trans-racial actress of colour looking to play Winnie Mandela in a film for which I expect an Oscar.”

Oh how stunning and brave. Fox, who was born a white male, is insisting that he is not only a woman, and an African, but an Oscar worthy actress. Well if that’s his personal truth, right? Who would dare question it?

He then added, “It’s time to push back against the systemic misogyny and transphobia in the show business community.” Well of course it is, and the only way to do it is to hand over the acting world’s highest honor to this brave woman.

Yes, we all know this is a joke from Fox. The man, who used to be an actor until he was blacklisted by the industry for his right-wing views in 2020, is the leader of a political party that seeks to destroy wokeness and political correctness in British politics.

During an interview with Breitbart in 2021, Fox – running for London Mayor at the time – described the country’s harrowing descent into wokeism. “I think we are looking at a combination of Maoism and a burgeoning, totally new fundamentalist religion of wokery which has no forgiveness, no repentance.”

Look where the culture is now. Only a powerful woke religion could get once-sane people to see trans women as the exact same as biological women. And when people like J.K. Rowling openly disagree with such insane notions, they are not offered forgiveness, nor repentance for their thought crimes.

Now, we have to accept that male swimmer Lia Thomas is the fastest female swimmer alive, that biological man Amy Schneider is the highest earning female Jeopardy! contestant ever, and that male model/actor Michaela Jae Rodriguez is the best female actress on TV, according to the Golden Globes.

Well maybe we should just take advantage of this opportunity. Maybe I just need a surgery and then I can become a professional ball player, and a very pretty one at that.