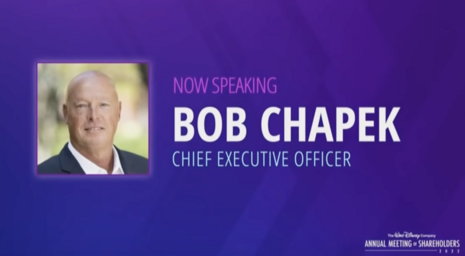 The Florida bill the media dishonestly call “Don’t Say Gay” has been really making mincemeat out of the Walt Disney corporation of late. Ever since CEO Bob Chapek’s initial decision to have the company refrain from strident activism over the legislation meant to protect young public school kids from LGBTQ propaganda, he’s been hounded by the mob and it’s getting worse.

TheVerge.com reported on the latest drama in the House of Mouse, revealing that many queer and queer-friendly employees are set to “stage a week of virtual 15-minutes walkouts beginning this afternoon, culminating in a day-long walkout on March 22nd.”

In an open letter put out on WhereIsChapek.com, a website made to hold the CEO accountable, the LGBTQ employees wrote that the company has “utterly failed to match the magnitude of the threat to LGBTQIA+ safety represented by this legislation.”

Of course Florida’s “Parental Rights in Education” Bill is proposed legislation that will make it illegal for Florida public schools to teach kids in Kindergarten through 3rd grade lessons on “sexual orientation or gender identity.”

The bill, which Governor Ron DeSantis signaled he will sign, is meant to keep very young children protected from complex and confusing sexual topics. But for the hysterical left, they’ve characterized this bill as lying to America’s youth about the existence of LGBTQ people.

The reason Disney’s Bob Chapek is taking so much heat over the bill is because he initially refused to release a company statement condemning it. He claimed he wanted to avoid talking points that “are often weaponized by one side or the other to further divide and inflame.”

This generated an outcry among the left, including Disney employees, and when DeSantis seemed all the more determined to push on with the bill, the claws came out for Chapek.

As The Verge reported, Disney employees acknowledged the apology, but are still adamant that Chapek’s words and his moratorium on political donations still aren’t enough. The open letter from queer employees added, “Those statements have indicated that leadership still does not truly understand the impact this legislation is having not only on Cast Members in the state of Florida, but on all members of the LGBTQIA+ community in the company and beyond.”

Well what do they want Chapek to do? Fight DeSantis at Wrestlemania?

Well of course not, but the walkout planners have released a list of demands they need Disney to oblige in order to restore order in the company. This list includes ceasing “all campaign donations to ... politicians involved in the creation or passage of the ‘Don’t Say Gay’ bill,” coming up with an “actionable plan that protects employees” in Florida who may be affected by the bill (Disney hires a lot of first graders, apparently), donating to various LGBTQ organizations, and making more queer Disney content.

Well we sure know who runs Disney now and it doesn’t seem to be Bob Chapek.