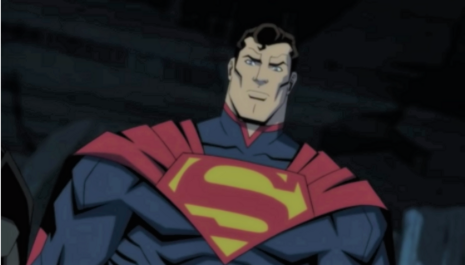 Perhaps DC Comics’ woke agenda will be its own kryptonite. One can only hope.

In the latest chapter of the comic book company’s Marxist rehabilitation of Superman, a gentleman who actually works on the comic book illustrations for the Man of Steel is quitting the company. He can’t take the woke BS anymore, in his own words saying the company is “ruining these characters.”

Only in the last couple weeks has the full weight of woke propaganda crushed America’s most beloved superhero. They made his son gay, they made the character’s next greatest villain climate change and now they’re dropping “the American way” from his famous motto, “truth, justice and the American way.” It’s been replaced by a more PC/globalist line. Now Superman stands for “truth, justice and a better tomorrow.” Well, of course, the commies over at DC hate America and western civilization.

What’s next? Will Superman fight America?

Anyways, one brave man decided he couldn’t put up with this anymore. DC Comics Colorist Gabe Eltaeb said he will not be renewing his contract with DC Comics.

Eltaeb announced his decision during a YouTube livestream video with comic book creator Ethan Van Sciver, a former DC Comics employee. Eltaeb told his co-host and the audience, “I’m finishing out my contract with DC. I’m tired of this shit, I’m tired of them ruining these characters; they don’t have a right to do this.”

Geez, we’re sorry to hear that. But we’re also grateful that Eltaeb is open about this. It’s nice to hear that some people who work in these pop culture labs aren’t mindless proggies.

During the livestream, the colorist waxed about how much respect he used to have for his occupation. In the past, it was a dream come work there. “At Comic-Con in 2009, I was pushing Jerry Robinson’s wheelchair around. That’s the man who invented the Joker,” he recalled.

“I would work the DC booth back then,” he claimed, adding, “I remember bending down to his face and telling him, thank you for creating these characters, so people like me can waltz in and get a job.”

But the recent woke push by the company has drained him since. Eltaeb mentioned that the last straw was when they changed the motto. “What really pissed me off was saying truth, justice, and a better world. F–k that, it was Truth, Justice, and the American way,” he said.

He explained that changing the line was a sign of disrespect and ingratitude towards great Americans, men like his grandfather who served in World War II. “My Grandpa almost died in World War II; we don’t have a right to destroy shit that people died for to give us,” he said. “It’s a bunch of fucking nonsense.”

Eltaeb then unloaded on the woke people who populate pop culture and media:

They call us bigots and racist and shit. I would ask them, find me in the fucking mainstream, not on the fringes, one fucking book, one fucking t-shirt, one movie that says that leftism is bad and conservatism is good, find it for me. They fucking won’t. They’re not letting people have a voice, they’re the fucking bigots.

Geez, clearly that's a man who’s extremely frustrated with today’s media landscape. Hopefully, there are more like him who will push back before they start cancelling things that are even more important to Americans than Superman.