007 Is Not a Chick: Daniel Craig Leaves Wokesters Shaken AND Stirred

Back when things were more innocent, before people were justifying violence against anti-BLM shopkeepers and before our government was kicking people out of jobs for choosing not to take a COVID shot, there was a debate on whether the character of James Bond should become a woman. Ah those were simpler times, weren't they? Well we finally have an answer from the current Bond star himself, and he says no. 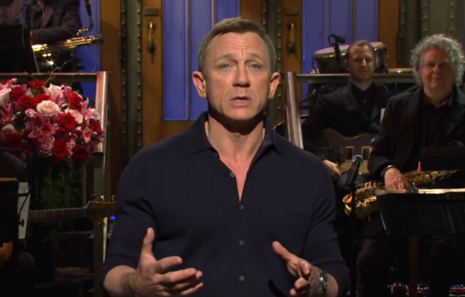 Ahead of Craig’s final turn as Great Britain’s most famous spy in No Time to Die, which comes out next month, the British actor expressed his opinion on a trendy notion that the lady killer MI6 agent be turned into a woman.

Prior to the COVID pandemic, and the resulting delay of No Time to Die, feminists and woke internet users had argued that making Bond a woman, or at the very least, a person of color, was the way to take the franchise into the brave, inclusive future.

Well that idea was and always will be stupid. And Craig said the same in a recent interview with British outlet The Radio Times. The actor argued that Bond was written to be a man and that feminists, instead of complaining about that fact and making attempts to alter a long-beloved character, should come up with a female character just as compelling.

The paper asked if Craig would support a “more diverse appointment as his replacement.” Don’t you love it when interviewers ask idiotic questions? And he threw cold water on it immediately. “The answer to that is very simple,” he began, “There should simply be better parts for women and actors of color.”

You hear that ladies? Go get your own female spy. Craig added the question, “Why should a woman play James Bond when there should be a part just as good as James Bond, for a woman?”

That’s a fair question. Though we all know why feminists and other wokesters can’t just make their own characters. Besides the obvious fact that the majority of them aren’t talented enough to make an original character as thrilling as Ian Fleming’s master spy, but it's easier to tear down one of pop culture’s towering figures of “toxic” masculinity.

Imagine if you will a bald female Blofeld telling James, “You’ve loved too many and left them, Mr. Bond. You didn’t even call. Now you must suffer!” before turning on the laser set to give the spy a quick sex change.

Joking aside, Craig’s answer was firm and pretty well thoughtful, just like Bond franchise executive producer Barbara Broccoli’s answers to the same question in 2018. At the time she said, “Bond is male. He’s a male character. He was written as a male and I think he’ll probably stay as a male.” Good. We can only hope.