Recently the U.S. Supreme Court allowed the state of Texas to enact Senate Bill 8, one of the most pro-life laws in history. It bans abortions for all unborn children who have a detectable heartbeat in the womb, which means that abortion is illegal for most pregnancies after six weeks. As you can imagine, lefties were downright livid. 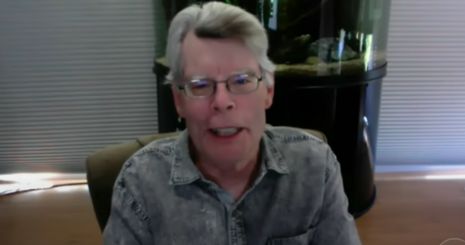 After SCOTUS refused to block the bill from becoming law, pro-aborts all over the country went into fits of rage, especially those in the media and Hollywood. People like author Stephen King showcased their fury and contempt for human babies’ lives and the conservatives who have moved to protect them. Some of these lefties even went as far as tying current events to their pro-choice crusade and have compared pro-life lawmakers to the Taliban in their pursuit of removing “women’s rights.”

These people sure are very timely and creative with their hatred, aren’t they?

Author Stephen King apparently missed the memo from Biden's Pentagon that we're best pals with the Taliban now. Otherwise he wouldn't have smeared our security partners on September 1, tweeting that “The Taliban would love the Texas abortion law.”

The Taliban would love the Texas abortion law.

For King  this is about the GOP taking away women’s rights by not letting them abort at all points in pregnancy. And the Taliban don’t like women’s rights. Again, maybe King missed the Taliban's assertions that they're more inclusive these days.

Thankfully Star Trek actor George Takei didn’t make such incongruous comparisons like his lefty compatriot. Takei tweeted, “The Supreme Court is illegitimate, both in its composition and in its shadow docket opinions, the latest one greenlighting vigilante bounty hunters in Texas.”

"Expand the court,”  he added. Oh come on, Takei, you can’t just dismantle or change the rules of the game cause you’re not winning. (Well, that’s never stopped Dems before.) It’s a conservative majority court after all.

Jimmy Kimmel Live! director Zach Bornstein made a stupid quip about the abortion bill, tweeting, “Covid has more rights in Texas than women.” Oh what a wicked burn for a state that refuses COVID mandates and restricts women from killing their innocent unborn kids. He sure owned Texas. Meanwhile, Hollywood residents like Bornstein presumably want a COVID dictator like Newsom in office, and all the aborted babies career-driven L.A. women want.

Ice Age actor John Leguizamo tweeted, “Anti-abortionists are hypocrites we all know that!  But we don’t tell ’em what to do with lives or bodies why do they get to dictate what we do with our lives?  That is not gonna fly!” Another blistering take. Though that’s ironic considering Leguizamo demands people take the vaccine or wear masks per government mandate. Also it’s not about women’s bodies, it’s about unborn babies’ bodies. Leguizamo doesn’t want those humans even on the planet if their moms’ decide to abort. What stupidity!