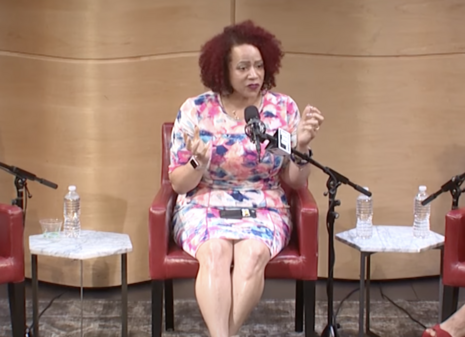 Would you look at that? The creator of the “1619 Project,” that infernal New York Times piece that reframes America’s founding as being all about promoting slavery, is a fan of Communism and what Castro did to Cuba. Are we surprised? Well no, not really.

In a recently resurfaced podcast interview from two years ago, 1619 Project creator Nikole Hannah-Jones sang the praises of Cuba as the “most equal” country in the Western Hemisphere, and that was all thanks to “socialism.” Now in 2021, as we see Cubans crying out in the streets against the tyranny of the island nation’s regime, it’s quite clear that people like Hannah-Jones are dangerous ideologues who have no problem implementing that same kind of socialism here.

During a 2019 interview with Vox’s Ezra Klein, Hannah-Jones talked about the nations she thought had made the greatest strides in terms of fairness and diversity. No doubt the lady whose crowning achievement is propaganda on how evil our country is, wouldn’t recognize America as a place of notable equality and diversity. She actually claimed that communist Cuba is the most “equal” place in the west.

“The most equal multi-racial country in our hemisphere, it would be Cuba," Hannah-Jones told Klein. adding "Cuba has the least inequality between Black and white people any place really in the hemisphere.” Sure. They're all starving at the same rate.

Of course, Hannah-Jones is a far leftist who loves the pie-in-sky idea behind socialism, and seems to ignore all the devastation wrought on the people of Cuba when those government programs have actually been enacted. What would Nikole Hannah-Jones say to the current day anti-Cuban government protestors who are desperate to leave the country because “it has no future.”

In recent days, the country –  which is run by a one party communist government – has seen some of its most volatile protests since its literal Communist revolution in 1959. Fox News wrote that “food and medicine shortages, power outages and some even calling for political change.” The left including people like Hannah-Jones would have you believe that this volatility is due to fallout from the pandemic, but real Cubans blame this on the regime that Hannah-Jones thinks is responsible for the most “equal” western society.

Cuban American, anti-Communist activist, and former MRC Latino writer Yuri Perez wrote in The Washington Post last week, “Disillusionment has grown about the communist ideology, not only among Cubans of my generation, but also older Cubans who believed in the revolution 60 years ago.”

Perez, who manages the Latin American programs at the Victims of Communism Memorial Foundation, summed up what this socialism the left loves has done to Cuba. “For instance, Cubans were promised a world-class health care system, but the result six decades later is dirty hospitals, a lack of medicine and a lack of doctors as Cuban doctors are sent abroad for the state’s profit and propaganda,” he wrote.

Funny enough, back in 2008, Hannah-Jones praised Cuba’s “model” healthcare system. Seems as though reality begs to differ. Though it is interesting that the “1619 Project” author likes what the communists have done with Cuba. You have to wonder? Is this why she wrote her piece? In order to undermine the same America that denounces the ideas behind her preferred “most equal” country?