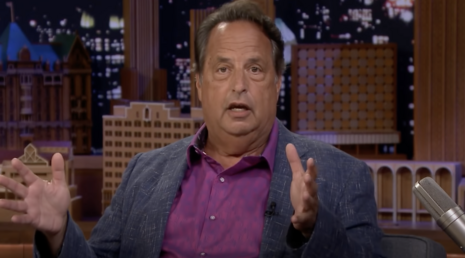 At a certain point even Hollywood people recognize that the progressivism and wokeness their industry worships will end each of their careers.

The latest comedian to come out against Cancel culture is SNL alumni Jon Lovitz, who told Page Six in an interview that the far left-motivated phenomena is “no different than McCarthyism,” that political tactic by which people who disagree on politics are tarred and feathered as bad people and blacklisted from polite society.

The actor and comedian stated, “I’ll just say it, It’s no different than McCarthyism.” He also explained that cancel culture prevents him from doing his job properly. His mission as a comedian is to “satirize what’s going on in society and point out the hypocrisies,” but cancel culture is used as a shield against criticism for powerful people and/or ideas that often times deserve it.

In this climate, he can’t even say anything that is even remotely controversial or that some group can perceive as an offense. Though it’s not like Lovitz is willing to curb his material for the crybullies out there. He added, “As soon as you say to a comedian like me, ‘You can’t say that,’ the first thing in my head is, ‘Oh, and now I have to.’”

The comedian's solution would be that, rather than having to muzzle himself, outraged people need to just not show up at the comedy club. “If you don’t have the ability to laugh at yourself, don't go to a comedy club. I’m not changing my act. If you’re watching TV and you don’t like the show, change the channel,” he claimed, adding, “It’s very simple.”

Yeah it really is that simple. Though we live in an age where trying to take things in stride is a revolutionary act.

On the other hand, there are people who live to be offended, and who will punish anyone that strays from leftwing orthodoxy.