Chris Pratt is one of the few current Hollywood megastars that actually shows gratitude for America and the sacrifices that brave men throughout history have made in order to preserve it. He also recognizes the lack of gratitude shown towards these heroes for their ultimate sacrifice and recently used social media to remind people that their freedom to hate their country was “paid for in blood” too. 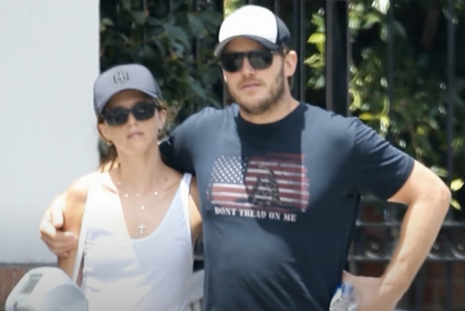 While Memorial Day 2021 featured callous and tone deaf tweets of remembrance (it seems that Kamala’s just in it for the extra day off, and her “boss” for that extra scoop of choco-chocolate chip) the Guardians of the Galaxy star insisted on reminding folks of the proper humility and gratitude that even people who hate this country should feel on this day. After all, America haters can sit on their porches and rail against the Constitution only because brave men died to protect their First Amendment rights.

As opposed to almost every pop culture influencer who now talks about America’s systemic racism in a post-George Floyd society, Pratt came out swinging with his love for the goodness of America in a Memorial Day Instagram post. Sharing pictures of soldiers honoring their fallen brothers who had been laid to rest, Pratt wrote, “Please, look at each one. Pause, give them your consideration. America’s exceptional armed forces have altered the course of the world for the better.”

The actor continued, saying, “From the Union Army defeating slave owning confederates, to the Greatest Generation and her Allies vanquishing the Nazis or our special operators hunting down the perpetrators of 9/11. We count the names of each fallen soldier lest they be countless.” He also called these brave men “the good guys” who have given us the "most free and decent society planet earth has ever seen.”

Wow, you sure don’t see that from a beloved pop culture icon these days. America as “most free and decent?” What is this, 1940s WWII propaganda Hollywood?

Of course, Pratt didn’t shy away from slamming the anti-American mentality enshrined in mainstream media. He mentioned that danger of losing our “decent” society that happens when “we fail to instill gratitude in the minds of our youth or the perspective of what it actually means to be free.” Yeah, haven’t we heard all year that dangerous propaganda that America isn’t free? At least not for anyone who’s not white.

Chris then took direct aim at those who would denounce the privilege of living in the country and benefitting from fallen soldiers’ sacrifices, adding, “And if you use the comments section on posts like this to bitch and moan about America please understand there are countries in the world where criticizing your government will get you killed or imprisoned.”

Yep. And that’s probably the most profound sacrifice that the American soldier has made. To die for the rights of those who hate them. Pratt added, “But never forget your right to free expression is paid for in blood.” We are thankful that some people in Hollywood still get it.