Pandering to the 0.6%: NPR Partners With Gay Lobby To Update Gender Language

We all know that taxpayer-funded media takes one look at the population that pays for their product and says, “thanks for the money, now, to hell with you.” Case in point, National Public Radio got with GLAAD, Hollywood’s gay lobby, and composed a “guide” on how to properly refer to people and all their new gender pronouns. 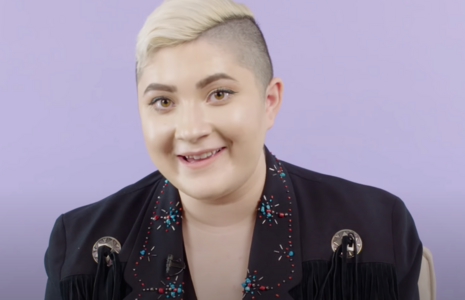 Yep, 330 million Americans thank you, NPR, for now trying to rewrite their language to fit the demands of the unfortunate 0.6% of the population that is transgender. (For now -- fads being what they are, that number is subject to wide fluctuation.)

NPR published the guide on June 2, of course to coincide with the beginning of LGBTQ “Pride” month. Written by Laurel Wamsley – with the help of the Gay and Lesbian Alliance Against Defamation’s Associate Director of Transgender Representation, Alex Schmider – “A Guide to Understanding Gender Terms” is a “glossary of terms relating to gender identity” aimed at helping people communicate “accurately” and “respectfully.”

So the “news” outlet claimed, of course. Though again, NPR and GLAAD’s commitment to undermining biological reality is the opposite of presenting anything accurately. As soon as the guide began, readers were privy to the basic transgender axioms that gender is separate from sex, and that sex is “assigned” at birth.

Here’s a favorite line: “Sex refers to a person's biological status and is typically assigned at birth, usually on the basis of external anatomy. Sex is typically categorized as male, female or intersex.” Oh “typically assigned,” eh? Don’t you love that? Like the doctor saw a penis and still maintained that he made the conscious decision to call the baby a boy or not. Remember folks, that's a “typical” assignment. Not a universal one.

OK, OK, fine. Hermaphrodites do exist, after all. That really should change the entire conversation around gender altogether, right? Of course not. But that’s kind of the logic throughout propaganda like this.

The guide continued by defining gender as, “as a social construct of norms, behaviors and roles that varies between societies and over time.” Oh interesting. And “Gender Identity” “is one's own internal sense of self and their gender, whether that is man, woman, neither or both.” Remember kids, “gender identity aligns with the sex assigned at birth” but only for “most people,” claimed NPR.  Yeah “most people,” which according to recent demographic numbers, is 99.4% of the American population.

Again, is that really the kind of number that necessitates such a radical language shift upon the average American? Sure, we should all strive for grace and etiquette when speaking to people who claim to be the rare exception to male and female, but must we all adopt new norms?

Well NPR felt strongly about it because calling people by their preferred pronouns is all about accepting someone’s “identity.” The outlet cited Mary Emily O’Hara, a communications officer from GLAAD, who said, “when you're speaking to people, it's a really simple way to affirm their identity.”

O’Hara added that using preferred pronouns let's transgenders “know that you see them, you affirm them, you accept them and to let them know that they're loved during a time when they're really being targeted by so many discriminatory anti-trans state laws and policies.” Oh OK. So would getting pronouns wrong means you’re doing the opposite of loving them?

Man, my confusion over the cashier at Walgreens the other day was none other than unbridled hate, clearly.

And as far as “anti trans state laws,” NPR is now faulting people for wanting to keep biological men out of women’s sports? Yeah if we don’t throw away reality for 0.6% of the population, we’ve chosen to hate them. Go to hell, NPR, is all we have to say.